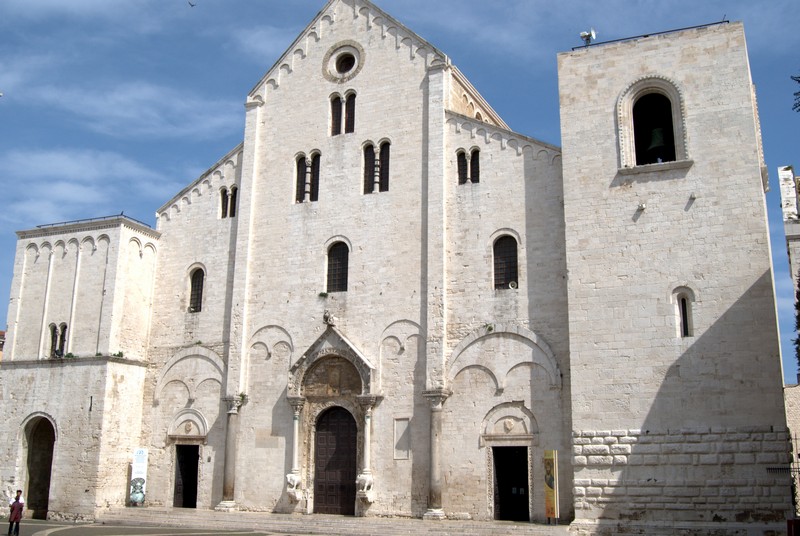 Bari is the regional capital, and is historically linked to the figure of Saint Nicholas of Myra (Santa Claus in Anglo-Saxon countries), whose relics were brought to the city in 1087. The Basilica dedicated to him, has attracted for centuries thousands of pilgrims, mostly Orthodox, dedicated to the patron saint.

The historic centre of Bari, Bari Vecchia, is located on a peninsula between Porto Vecchio and Porto Grande. It is a labyrinth of narrow and winding streets leading to two main squares: Piazza Ferrarese, overlooking the beautiful seafront promenade Imperatore Augusto, and Piazza Mercantile fronted by the column of Justice as well as the Sedile palace. Among the finest architectural attractions are: the Basilica of Saint Nicholas and its Romanesque architecture, the Saint-Sabin Byzantine Cathedral as well as many other churches. There are many palaces in the old Bari, such as the Norman Swabian Castle, dating back to the medieval times and rebuilt by order of Frederick II of Swabia.

The modern district of Bari contrasts to the old town. The must -see is the famous Teatro Petruzzelli but also the  Archaeological Museum and the Provincial Pinacoteca are worth visiting.