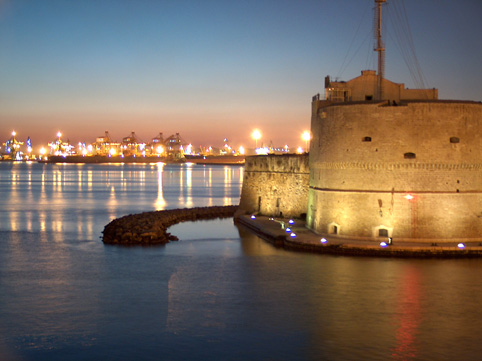 Located on the Ionian coast, Taranto is also called "the city of two seas" for its particular setting. Indeed, there is a small gulf called the "Little Sea", and a large bay known as the "Great Sea". The old city is located on a small island connected to the mainland on one side by a stone bridge and the other by a modern bridge called Ponte Girevole. The Old Town is a fascinating maze of narrow alleys, enriched by the presence of the imposing Aragonese castle and the Roman San Cataldo Cathedral.