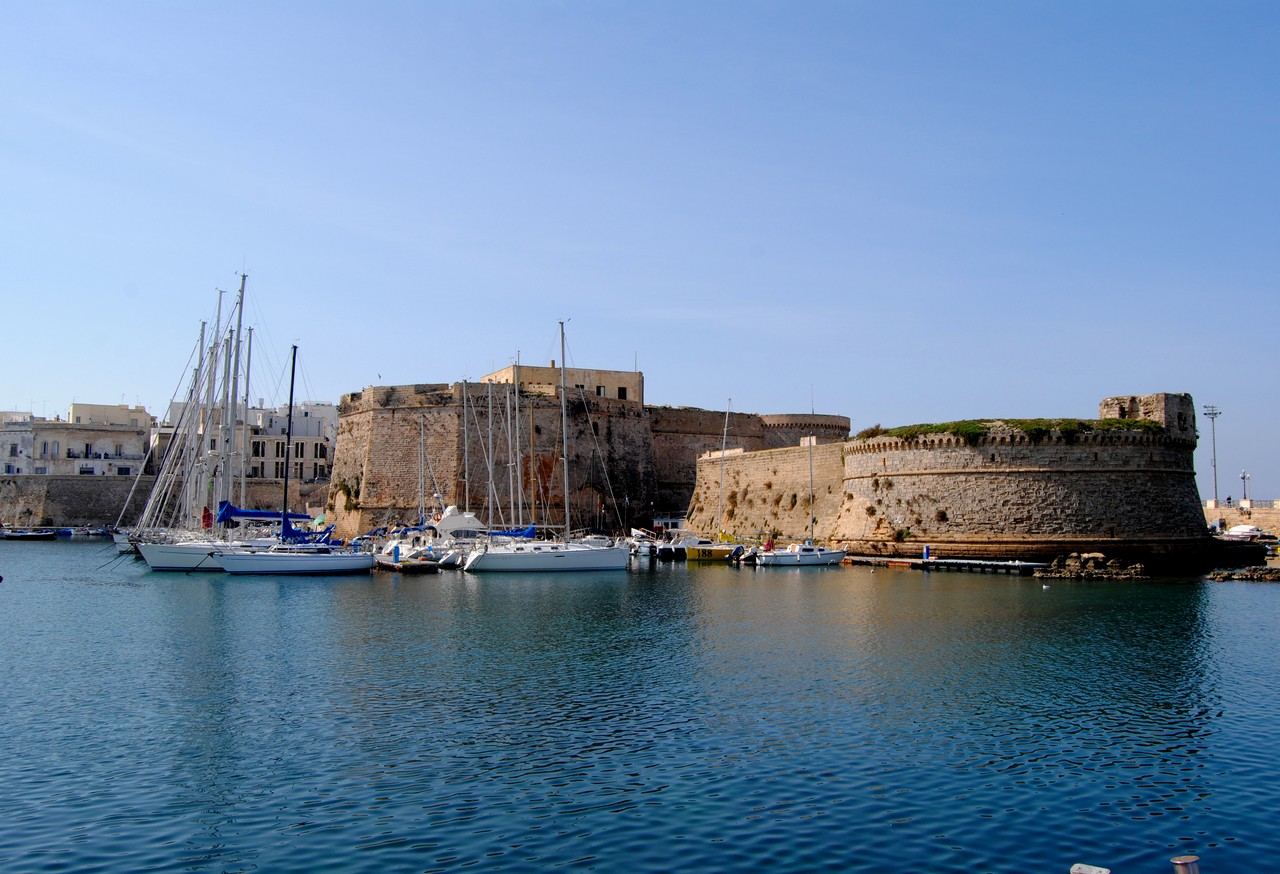 Also called "Pearl of the Ionian Sea" or "Kale polis" ("beautiful city" in Greek), Gallipoli is highly appreciated by domestic and international tourists for the splendour of its urban architecture and unique organisation. The city is divided into two parts, connected by a bridge with seven arches dating from the seventeenth century. The old town is situated on a small island surrounded by fortified walls that create a picturesque waterfront. There is a small sandy beach called Spiaggia della Purità, 5 minutes’ walk from our accommodations. The historic centre is a fantastic maze of narrow cobbled streets where aristocratic palaces dating from the seventeenth and eighteenth centuries (Palazzo Pirelli - Palazzo Granafei) can be seen as well as a very rich civil and religious architecture such as the Hypogeum oil mill, the Sant'Agata Cathedral, the Church of St. Francis of Assisi, the church of Santa Maria della Purità, and the church of Santa Maria degli Angeli. The harbor is dominated by the Aragonese castle built in the eleventh century, probably on an existing structure. About a mile off the city centre, lies the island of Sant’Andrea, a regional park, where stands the lighthouse. Crossing the bridge that connects the old town to the more modern part, we come across a small square where lies the Greek fountain (oldest one in Italy), probably built in the third century and where are represented three nymphs of mythology: Dirce , Byblis and Salmacis. From the square, we reach the church of Santa Maria del Canneto of high importance for the fishermen of Gallipoli. The famous resorts Punta Pizzo, Baia Verde, Rivabella and Lido Conchiglie are part of Gallipoli.