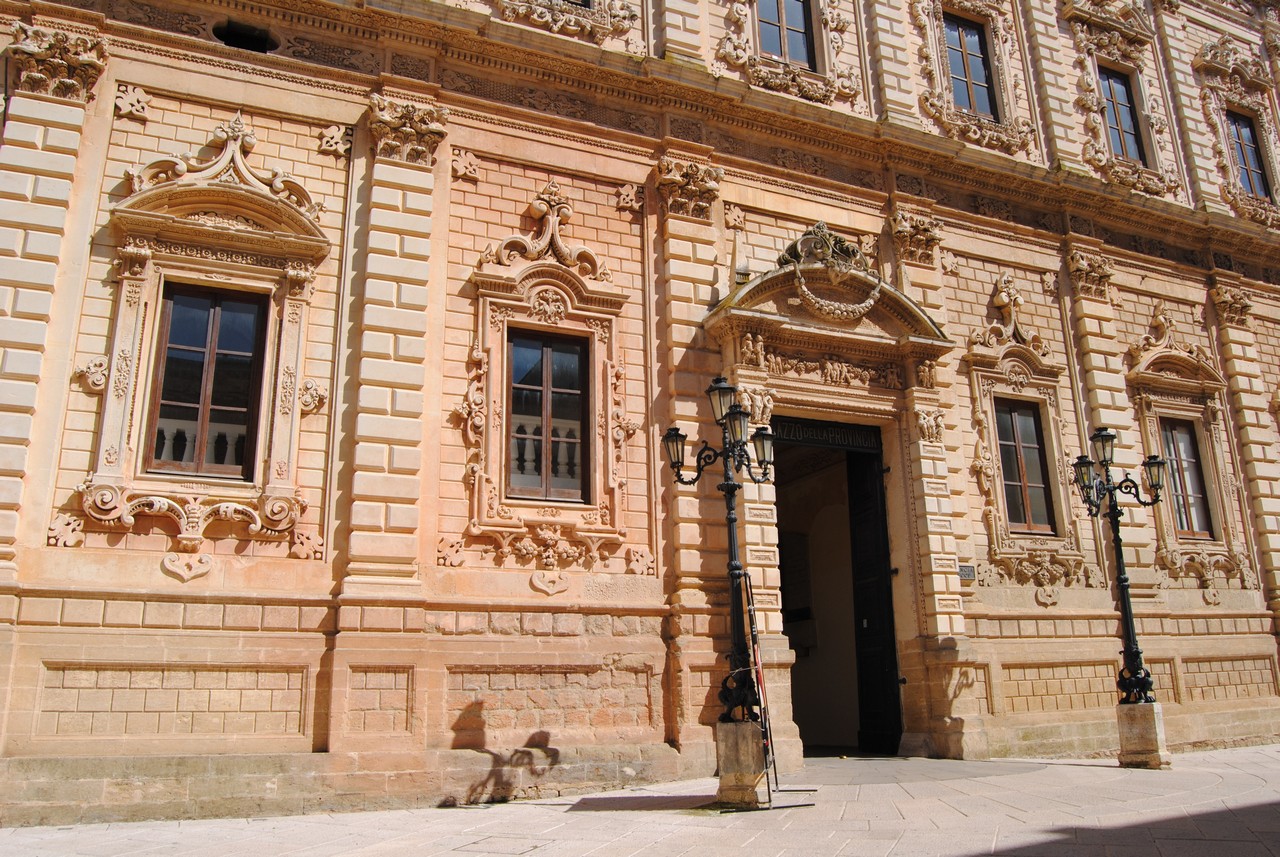 The Church of Santa Croce is the most complete Lecce expression of Baroque style. Its facade, rich of details and precise decorations, holds in its centre a rosette surrounded by a wreath of flowers and cherubs. Next to the basilica, the splendid Celestine palace is a former convent, now seat of the Province of Lecce.

Another square with indescribable charm, is the square of the Duomo, a masterpiece of Baroque art where stand the Cathedral of Lecce with the adjacent 70 meters high tower, the Vescovile Palace and the Palace of the Seminar.

Lecce’s Castle, dating back to the sixteenth century, is named after Charles V, who ordered its fortification on the site of an existing Norman fortress to defend it against the attacks of the Turks. Nowadays, the castle hosts various cultural events and a tourist information centre.

To be seen also, the three gates of the city, richly decorated and which open onto the historic centre. These are, in chronological order of construction, Porta Rudiae, adorned with statues of the patron saints of the city (Sant'Oronzo, San Domenico, Sant'Irene); Porta Napoli, adorned with the emblem of the Habsburg Empire (the eagle) and Porta San Biagio, dedicated to Saint Biagio.