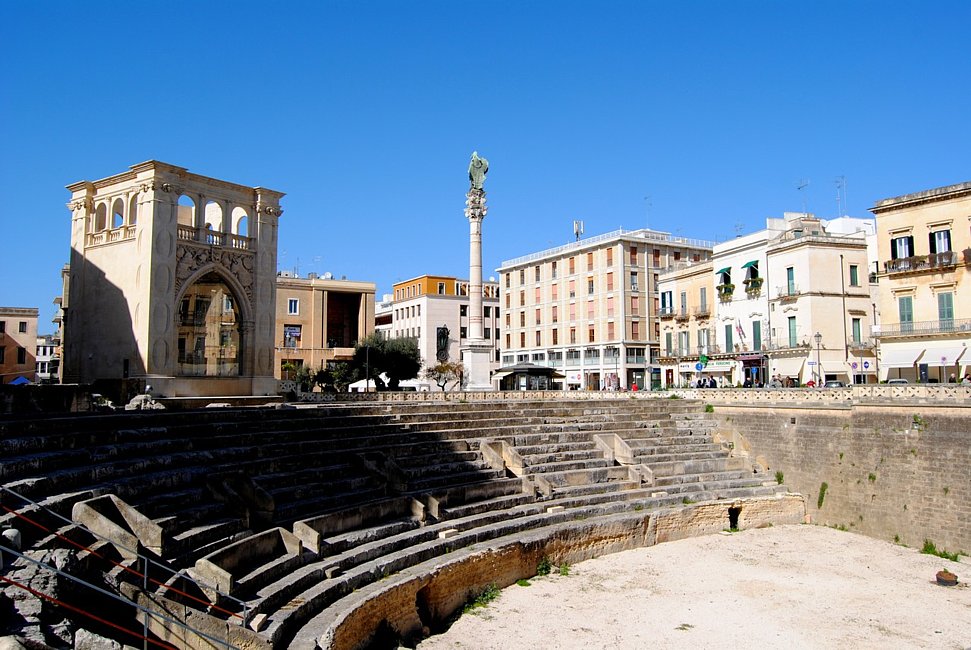 Sant'Oronzo Square is the heart of the city where once stood the Roman amphitheatre. Only part of the original structure is visible, the other extends underground as buildings were constructed above. Adjacent to the amphitheatre, is the Palace of Sedile used today for art exhibitions and information point. Just in front, stands the Sant'Oronzo column. The column was constructed using pieces belonging to the Roman column of  Brindisi which had been destroyed. It was given to Lecce by the city of Brindisi. At the top of the column stands the statue of the patron saint, which is reputed to have saved the city from the plague. Other important works of art stand on Sant'Oronzo square such as the Church of San Marco and the Church of Santa Maria delle Grazie.