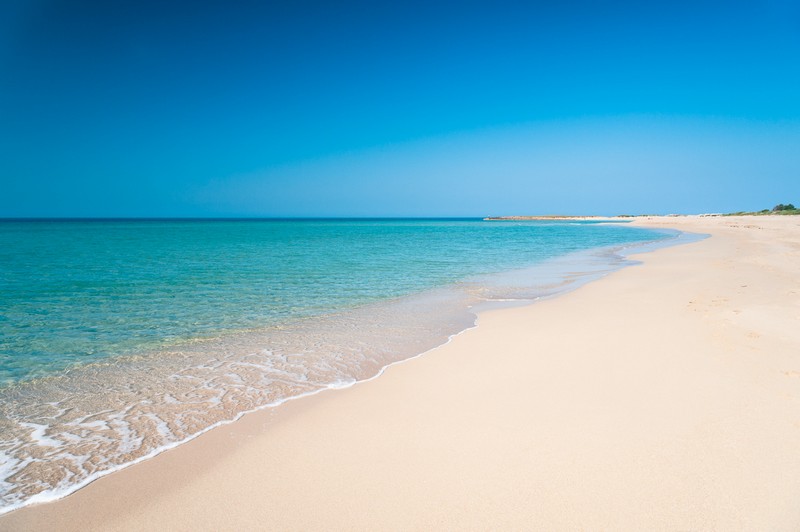 North of Otranto are the famous beaches of the Alimini lakes. The protected area of these lakes, is an ideal place for a picnic with family or friends. Both lakes, Alimini Grande and Alimini Piccolo or "Fontanelle" are connected by a canal and surrounded by swamps. Further north, the marinas of Melendugno: Torre Sant'Andrea, Torre dell'Orso, Roca Vecchia (where lies the cave of Poetry) and San Foca, are quite populated during summer.

South of Otranto, Porto Badisco is a popular seaside resort. The cave dei Cervi, has walls covered with icons made from bat guano dating back to the Neolithic period. South, Santa Cesarea Terme, is a resort and spa town. It is characterised by its architectural variety: such as Moorish, like Villa Sticchi, eclectic as Villa Raffaella, or overlooking the sea as the Tamborino palace. Further south, Castrum Minervae is the place where Aeneas arrived in Italy according to the Aeneid. Known today as Castro, the city is divided into two: Castro Superiore, which is the inhabited centre and Castro Marina, where lies the  port. The city centre, built on a high promontory, is particularly impressive. The caves of Zinzulusa, Romanelli (closed to the public), Palomba and Rotundella also attract many tourists.