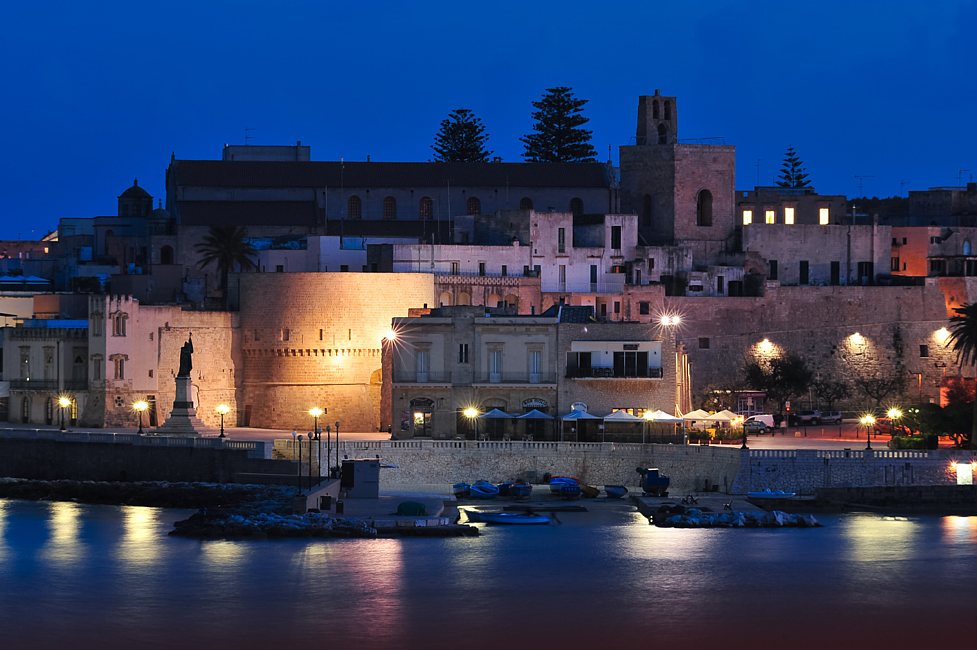 Inhabited since prehistoric times and successively dominated by Messapians, followed by the Greeks and Romans, the Byzantines and the Aragonese, Otranto has an important artistic and cultural heritage, which, combined with its unique location on the sea, makes it one of the most charming and evocative cities of Italy. It is also called the "East Gate" for its strategic position on the peninsula which lead to numerous invasions. 1480 is a crucial date in the history of Otranto. This is the year when the Turks attacked the city and massacred on the hill of Minerva (where was then built the Sanctuary of St. Mary of the Martyrs), all those who refused to convert to their religion, remaining faithful to Christianity. In total, 800 citizens  perished. The bones of the Martyrs of Otranto, canonized May 13, 2013 by Pope Francesco, are kept in the Cathedral of Santa Maria Annunziata. This cathedral holds an impressive floor in mosaics depicting the Tree of Life. It is a masterpiece of the twelfth century, which covers the entire floor of the cathedral. Many of the represented symbols, animals and inscriptions  have not yet been decrypted.

Following the tragic events of 1480, the Aragonese build  fortifications and a castle, probably on an existing structure to which they added three towers, a deep moat and a rampart. Near the castle, the beautiful Church of San Pietro contains interesting frescoes from the Byzantine period. The historic centre, which is accessed through Porta Terra, then Porta Alfonsina, is a maze of narrow cobbled streets lined with stores, craft shops and restaurants. A romantic stroll on the ramparts of Pelasgi, allows you to feel the magic of Otranto, with magnificent views of the sea and the port.

Not far from Otranto: Torre Pinta, a pigeon tower, build on an hypogeum structure in the valley delle Memorie; the bauxite lake in dell'Orte Bay; Capo d'Otranto Punta Palascìa, the most eastern point of Italy, the first to see the sunrise.