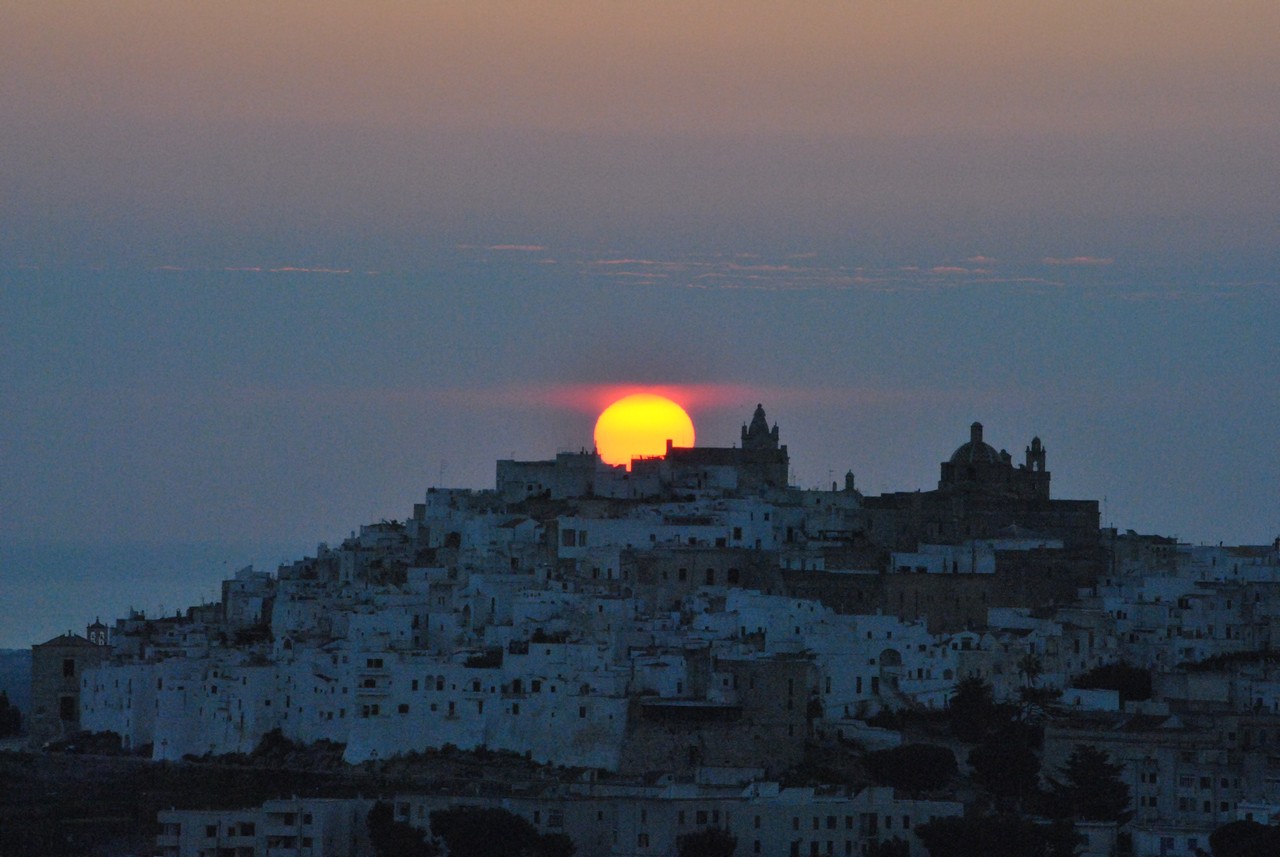 Ostuni is one of the most attractive destinations. It is perched on three hills, overlooking the waters of the Adriatic Sea. Also known as the “White City” due to its white-washed walls, Ostuni has kept its ancient urban map characterized by narrow winding streets and a succession of steep streets and staircases, courtyards and squares, in which stand majestic palaces and prestigious religious architecture. The old town, called by the Ostunesi La Terra, is divided in two by Cattedrale street which joins the top of the hill where rises the fifteenth century late Gothic Cathedral with rosettes with concentric circles. The eighteenth century Palazzo Vescovile stands also at the top of the hill. Cattedrale street starts on Piazza della Libertà, where stands the baroque column of Saint Oronzo, symbol of the city and dedicated to the patron saint. The Church delle Monacelle, also of Baroque origin hosts the museum of pre-classical civilization of Murgia, where can be seen, among the various artefacts, the skeleton of Delia who lived 25 000 ago, with her baby on her knees.