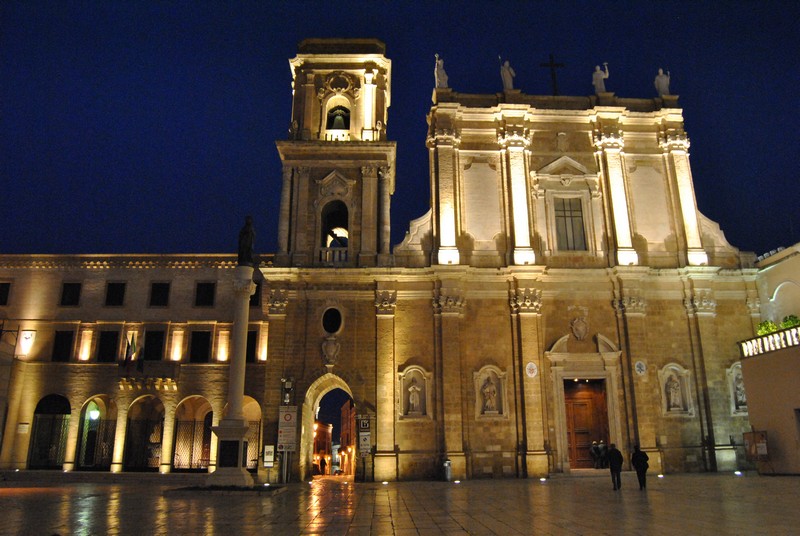 Founded by the Illyrians and guardian of historical testimonies, Brindisi plays an essential part in local tourism thanks to its port and airport. The construction of the Swabian castle of Brindisi also called the castle "di Terra" or castle "Svevo-Aragonese" dates back to 1227. Commissioned by Frederick II, it was then fortified by the Angevin and the Aragonese. Frederick II chose the Basilica of San Giovanni Battista i.e. the Cathedral of Brindisi for his wedding with Jolanda of Brienne, where can be seen today the remains of a magnificent mosaic floor dating from 1178. The two Roman columns (on is still intact), are the undisputed symbol of the city. For some, they  mark the end of the Via Appia. In fact, they are rather related to military expeditions, to celebrate the victory or the hope of such an outcome.

For nature lovers, there is the natural reserve and marine protected area of Torre Guaceto, which includes a portion of land and marine area and on which stands an observation tower that dates back to 1531. There are also the incredible gorges of Arco Jonico which, in addition to being a work of natural art, preserve an important cultural and artistic heritage.