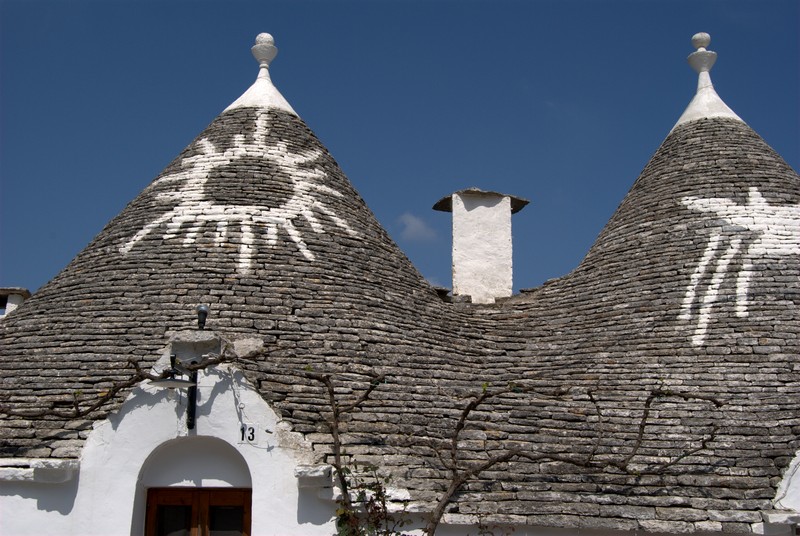 Emblem of the area, the trulli are ancient conical constructions in dry-stone. Originally a shelter for farmers and their equipment they have now become a type of housing widely requested by travellers. The cradle of the trulli is in Alberobello, the unique town where an entire neighbourhood is built in trulli. The trulli of Alberobello have been declared a World Heritage Site by UNESCO. The most famous are: the Sovereign Trullo, which is the town's largest trullo and hosts a number of cultural and musical events; Pezzola House, the largest complex of contiguous and interconnected trulli which hosts the Museum of the Territory; St. Antonio Church, restored in 2004.