Previous Itinerary through 5 towns of Salento hinterland
Next Modern farms: all but a contradiction
Spread the love

What to see in Santa Caterina, a seaside resort in Salento, part of the municipality of Nardò.

Very close to the fascinating village of Santa Maria al Bagno as well as on the shores of the luxuriant Porto Selvaggio, about ten kilometers from the more famous Porto Cesareo and Gallipoli, Santa Caterina is a small, cozy and guarded jewel of peace.

With a city and coastal landscape that tastes like past times, slowness and serenity, it is often chosen by the Salento people for a walk and a Sunday ice cream, but also as a place to stay; in particular, the locality of Santa Caterina is suitable

Santa Caterina, among the seaside areas of Nardò, is particularly loved for its natural landscapes and the alternation in the eyes of green hills and crystal clear sea; these characteristics make it fresh even on summer days when the air is warmer and heavier elsewhere, and fill the urban environment with smells and scents of Mediterranean scrub and the sea. 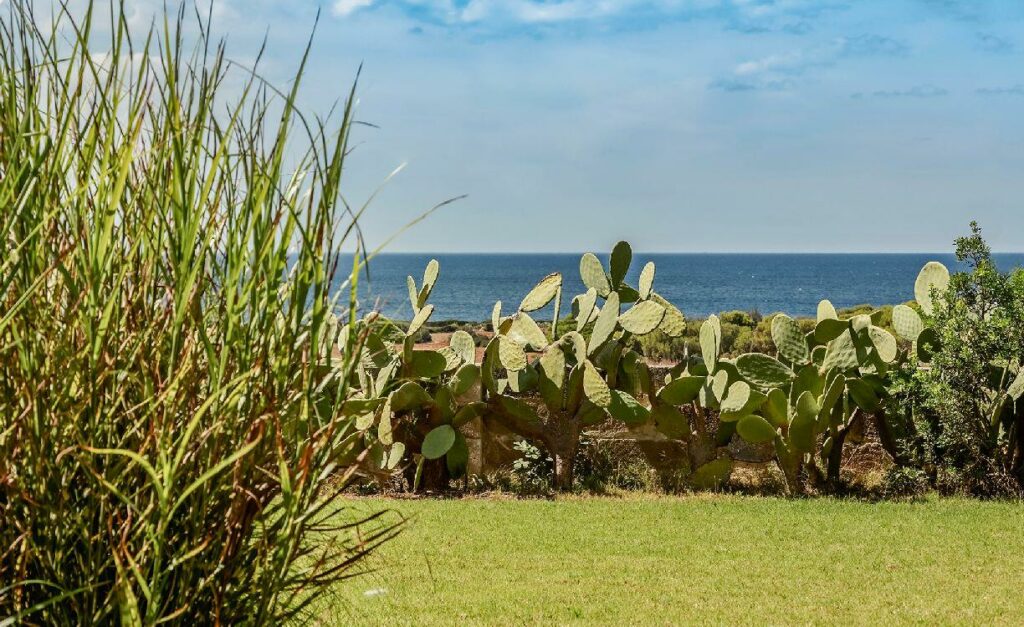 Rent a boat in its marina and discover the coves

Santa Caterina is a place of important archaeological excavations and ancient traces: in particular the Bay of Uluzzo has graffiti and elements of figurative art inside, which belonged to the Middle and Upper Palaeolithic era.

Visit to the Watchtowers

All of Salento is dotted or, rather, bordered on the coast, by many watchtowers, some of which were also inhabited for a long time by the soldiers assigned to guard against invasions by sea, so they also have stalls and small areas of animal breeding, as evidenced by wildlife finds following excavations that demonstrate the life that took place in the watchtowers.

The most evocative watchtower in the territory of Santa Caterina is undoubtedly the Torre dall’Alto, which overlooks the Regional Natural Park of Porto Selvaggio, at a height of about 50 meters.

The place where it is located has a name that tells stories, different and legendary, that souds like “Cursed rock”: one of the legends behind the name is that from here the condemned to death were thrown into the sea, while a more widespread and more imaginative legend tells that a girl threw herself for the most common reason in popular legends: love.

The wind that breaks on the rocks has a sound similar to a scream, which the fishermen still hear and tell.
And perhaps it is only the wind and its noises that are the real historical root of her name.

Name aside, it is the surrounding landscape and the view that make a visit to Torre dall’alto and the Dirupo della Dannata (cursed rock) highly recommended.

Visit its highest point and the Liberty villas

As we said, Santa Caterina is located on a mostly hilly area, where the highest point is in the locality “Le Cenate”. From here it is possible to admire the famous “eclectic” villas, historic houses in the Baroque and Moorish Art Nouveau style.

Walk and relax in its city center

The central square of Santa Caterina is a place of clubs, lively life, music and aperitifs especially in the long beautiful Salento season.
Its port is also interesting and lively, especially if you want to ask for information from associations that organize snorkeling, diving, sailing and trekking trips and activities.

Go to the sea in Santa Caterina

Santa Caterina, like its neighbor Santa Maria al Bagno, has a mostly rocky coast, with golden coves and crystalline water. The latter, as you can well imagine, are very crowded in July and August, but until mid-June and from September onwards they are places to relax, have vital space while surrounded by a lively and rich environment.

Did you already know the town of Santa Caterina?