Have you ever heard of Grecìa Salentina? It is a geo-linguistic area of Salento with interesting features not only in its peculiar language.

Let us show and tell you something more about this territory with a history of its own and many beauties and gems to give to visitors.

The sub territory know as Grecìa Salentina is an area made up by 11 municipalities whhere, once upon a time the ancient language “griko” was spoken, and that had (and still has) a strong Hellenic (i.e. Greek) influence, currently also taught in schools because it is part of an important heritage that is to be preserved.

This linguistic area still expresses the Greekness that originally affected a larger area whose culture and tradition are reflected in the small daily reality of the villages.

In fact, some traditions still survive today, including the musical review of the Songs of the Passion, or a tradition handed down orally which sees the local singers perform in griko “I Passiuna tu Christu” and “Lu Santu Lazzaru”.

There are places that preserve pieces of the peculiar history of Grecìa Salentina. Let’s see some of them.

The Pozzelle are underground water tanks dug into the depressions of karst origin.

Once people used to gather around the wells, on their way to get water, thus making them a meeting place to chat and gossip.

Next to the wells stood stone piles used to water the cattle.

Castello del Monti in Corigliano d’Otranto is a beautiful example of feudal military architecture.
Today it hosts exhibitions and events, respecting the artistic safeguard; it also houses a cocktail lounge bar that allows you to admire the beautiful view from the terrace.

Find out more about this Castle and the events here.

“ZENI ESU’ EN ISE ETTU’ ‘S TI KALIMERA” nobody is foreigner here in Calimera: so says the engraving of the marble stele donated by the city of Athens to Calimera in the 4th century.

You can find it in the municipal park of Calimera.

Known all over the world for the Taranta Night festival, in which even the griko culture has the right space and homage, Melpignano is a place with beautiful and important architectural and cultural outposts.

Among these, the Convent of the Augustinians (on whose square the final “big concert” of the Festiva takes place), Piazza San Giorgio and the Palazzo Marchesale Castriota.

The latter is another example of a marvelous originally defensive structure, as the imposing walls, walkways and lookout towers suggest; later it became a noble residence and it is this use that the building owes its friezes and frescoes.

The mysterious Dolmen and Menhir 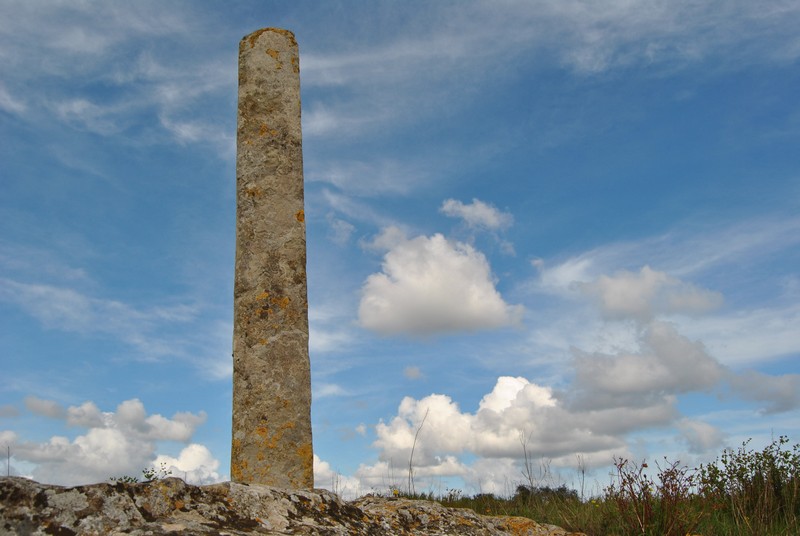 Throughout the Grecìa Salentina you can admire ancient funerary structures dating back to the 5th millennium BC, Dolmen and Menhir; these are present in Italy only in Puglia, Sicily, Liguria and Sardinia while similar examples are found in the United Kingdom, Ireland, Spain and Portugal.

A residential and landscape aspect of Salento and the beautiful area of Grecìa Salentina is no exception, it is linked to the fortified farms.
Read more about the history of masseria farms in Puglia.

Today they are places that welcome farm holidays or places to relax.
Many fortified farms and ancient villas are the favorite place for travelers to spend their stay, between history, typicality, beautiful Salento nature and charming gems.

Here are some of the most beautiful 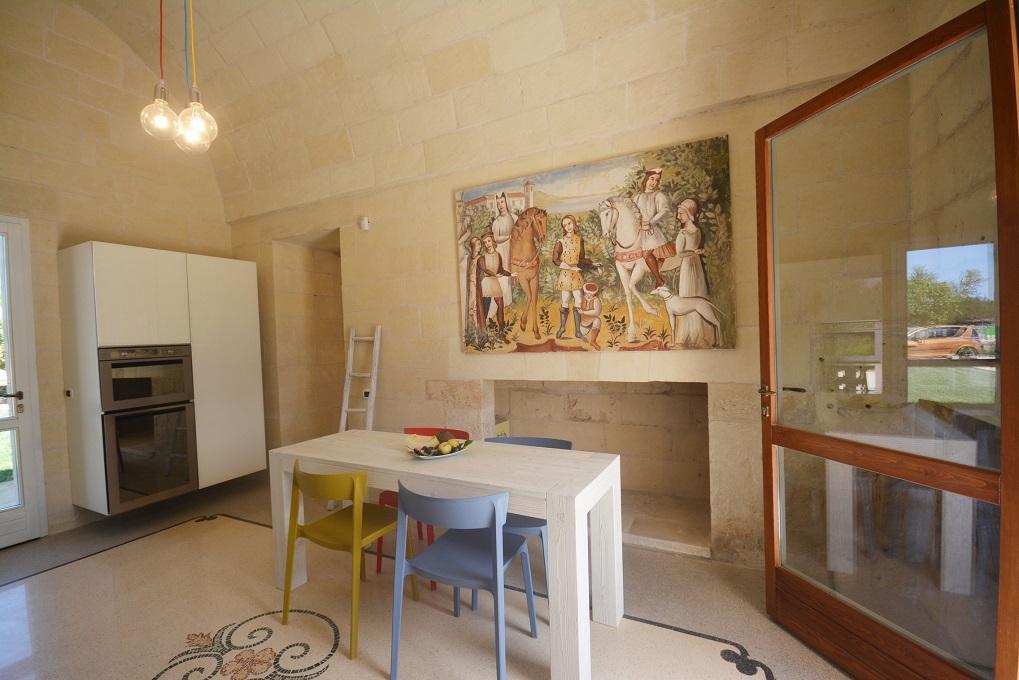