Previous Come and learn about the Grecìa Salentina
Next Gardens in the villages of Salento: hidden treasures of greenery, stone and water
Spread the love

Lesser known villages in Puglia and resorts of great beauty and value, not to be missed in 2022.

No matter if you have already been to Puglia one or more times or it is the first time, there is always a lot to discover in this land: there will always be towns, villages, localities and even tiny hamlets that will leave you breathless for their beauty. or that will intrigue you for their special peculiarities.

Today we are taking you tp some towns from the north to the south of Puglia, which have significant landscape, cultural and eno-gastronomic specificities.

If you are looking for your magical place for a stay in Salento, we have many solutions for you

Monte Sant’Angelo is also known as the “city of the two UNESCO sites”: one of the two is the Sanctuary of S. Michele Arcangelo and the second is the Umbra Forest, the largest deciduous forest in Italy, located in the National Park of Gargano.

The peculiarity of Monte Sant’Angelo, which makes it a beautiful and ideal destination not only for those who love culture but also for trekkers and nature lovers, is the fact that this white village is located in the heart of the Gargano National Park, a state-owned forest of great value and beauty.

This village, already in the list of the most beautiful villages in Italy, is named after the circular shape of its ancient plant (Locorotondo sounds like round place) ; the peculiarity of its shape is already perceived and perceived on a visual level when approaching it.

Another landscape feature that makes it exotic even for an Apulian are its sloping roofs, which is not particularly common in Puglia.
Here we are over 400 meters high, in the southern part of the Murge Plateau and when the winter is particularly harsh, the snowfalls become truly suggestive.

Since it arises as a neighboring territory for Fasano, Alberobello, Martina Franca and Cisternino, it is a possible stop for a beautiful itinerary in the surroundings of Brindisi, Bari Taranto.

The very particular skyline of its city harbour and historic center, which reaches up to the Cathedral of San Corrado, makes it very special, almost reminiscent of Maltese corners.

The Cathedral itself is a unique example of neo-Roman architecture, dating back to the 11th century, of imposing dimensions, whose two bell towers dominate the city.

The lights of sunset and sunrise are the ones that give an extra surreal note to its port and historic center.

Municipality of the particular sub-territory called Grecìa Salentina, , with unique cultural features in Italy, its most important attraction is undoubtedly the De Monti Castle. Built in the mid-15th century, it is not only an example of important feudal military architecture, but it is also a modern cultural outpost.

Today it hosts exhibitions and events, respecting the artistic safeguard; it also houses a cocktail lounge bar that allows you to admire the beautiful view from the terrace.

Starting from here and admiring the entire historic center of the town, stopping to taste typical products in the trattorias of the historic center is a great way to spend wonderful hours of discovery. 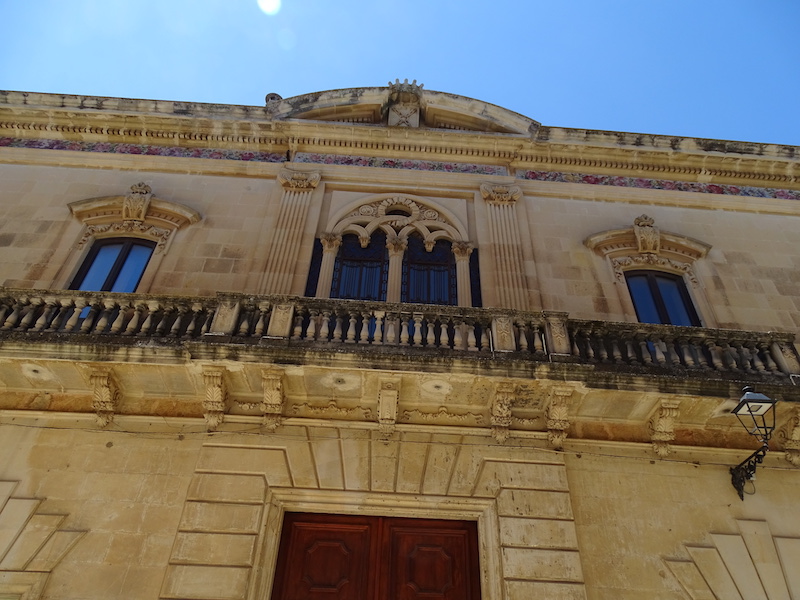 Still in Salento, in the direction of the Cape, its extreme south-east point, not far from the beautiful sea of Ugento and the Ionian coast, we find Presicce, a small town that holds much more than a noteworthy peculiarity.

Renamed “city of the Hypogea”, from its central square it is possible to access an underground world where you will see huge oil mills (the underground oil mills, in fact); here once the entire life of families and workers took place.

We suggest a visit with a guide, because to better understand this ancient world you’ll need someone who knows how to tell it properly.

Obviously, the surface of Presicce is also of great importance and fasination.

The Court Houses are another urban and historical peculiarity, which tells us about the social life of the inhabitants of the place in the sixteenth century: people of the lower social classes, linked to the oil industry, lived in houses with a single room and a cellar and overlooked a central open space, similar to squares, defined precisely as “courts”.

Obviously Presicce’s churches, first of all Sant’Andrea Apostolo, the chapels and the noble houses or houses of bourgeois families enriched with the oil market are beautiful outposts to admire.
In particular, Palazzo Ducale, beautiful and imposing where today there is also the museum of peasant culture, and Casa Turrita are the most important.

Tricase is interesting and must be among your hot-spots for a visit or a stay in 2022 in Puglia not only for the beauty and uniqueness of the historic center but also for its strategic position in Salento.

Very close to Santa Maria di Leuca, the extreme point of Italy to the south-east, next to the beautiful natural pools of Marina Serra, the territory of Tricase is also part of the Parco naturale regionale Costa Otranto – Santa Maria di Leuca e Bosco di Tricase.

This is therefore the perfect destination for those who love the sea, greenery, trekking and historical landscape beauties.

Peculiarities of the territory of Tricase are also the “tower houses”, ancient fortified houses built in the sixteenth century.

As we have seen in this short but hopefully inspirational journey, one of the peculiar characteristics of the small Apulian villages is the typology of ancient houses, belonging to the lower middle classes, peasant and worker populations, widespread in small historic centers or in the countryside.
Not only trulli, therefore, but tower houses, court houses, fortified farms.

see the most beautiful fortified farms of Salento