Previous Salento, a winter tale
Next Much more than fried doug: socio-recipe of Pittule, Salento street and home food
Spread the love

Puglia is known for its many stunning features: majestic cathedrals, villages as beautiful as  surreal, i.e Ostuni and Martina Franca.
And then the trulli, the breathtaking scenery of olive trees and the lighthouse at Capo di Leuca, the sunrises of Otranto and the rites of Holy Week in Taranto.

But we could write a book about the beautiful things to see and do in Puglia, and we could edit an entire encyclopedia about the curiosities and legends that accompany each kilometer of the heel of Italy.

But that’s not what we’re going to do in this post, in which we only share with you some legends and curiosity that maybe you didn’t know about Puglia, limiting at the cabalistic number 7.

1 – Trulli: from scamming the king to UNESCO heritage 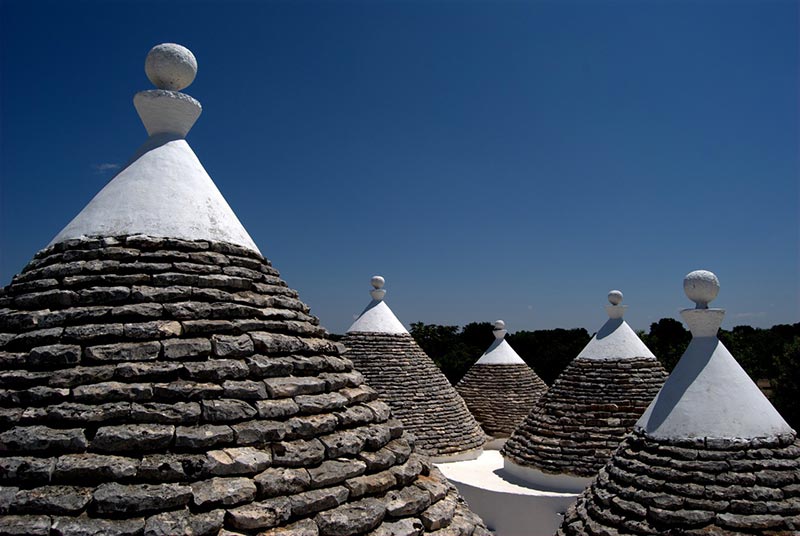 Alberobello is a village known for its typical houses of the old town. The oldest are still visible and date back to the fourteenth century, when the estate was assigned to the first Count of Conversano by Robert d’Anjou, as a reward for taking part in the Crusades.
The trulli of that time were dry construction, without mortar, in order to make them easy to be dismantled in the event of control by emissaries of the Kingdom of Naples, which imposed taxes on new homes in every feud.
This was an old example of illegal building. Today it’s a beautiful Unesco heritage. Funny story, isn’t it?

2 – Jealousy and incest behind the walls of the  Conjointed Trulli 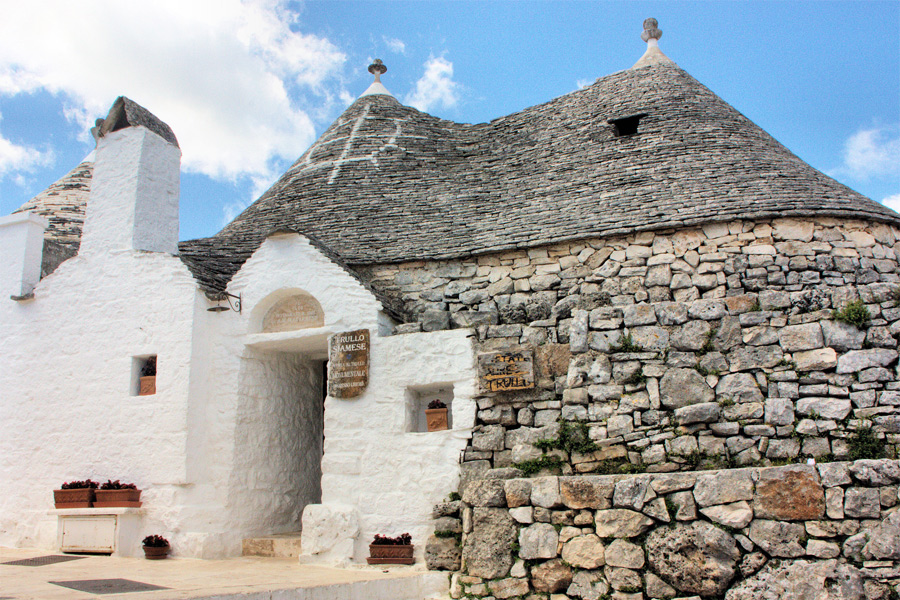 The legend of the two trulli joined like Siamese twins tells a story of love and hate. The house belonged to two brothers, who fell in love with the same woman; she was promised to the older but fell in love with the younger.
Both kept on living in the house but this was divided and they created two opposing views on two streets, a symbol of life that divides and alienates, despite the physical closeness and blood ties.

Typical of southern Italy, the masseria farms of Puglua have characteristics unseen elsewhere (maybe similar only to some farms in Sicily). In the past, they were real micro and self-sufficient villages where inter-class stories were interwoven. Since the noble landlords lived there, so close to the peasants who worked the land, in many cases the relationship went beyond the simple servitude; the owners sons spent time and were rised with the children of farmers, who often had the opportunity to study thanks to the kindness of the owners.
The relationshis were not always so fortunate, but we can say that life in the farms is an unprecedented example of contact between classes , even before the workers’ movements.

Discover our masseria farms for your stay in Puglia

Let’s change era, and let’s go to present days.
In this period of the year (January) the region lives the preparation of the celebrations of Sant’Antonio Abate, which has many devotees here.
Major winter event of South Italy, the Fòcara of Novoli is the most secular and spectacular feasts in honor of the patron. In these days of celebration we will light the largest bonfire in Europe, surrounded by a party that has become, as size and importance, like the night of Taranta.
Renowned musicians, dancing and fire characterize the most important celebration of the Fire of Salento (if you are a soul of fire, read more about the beautiful events that revolve around the fire, between January and March) 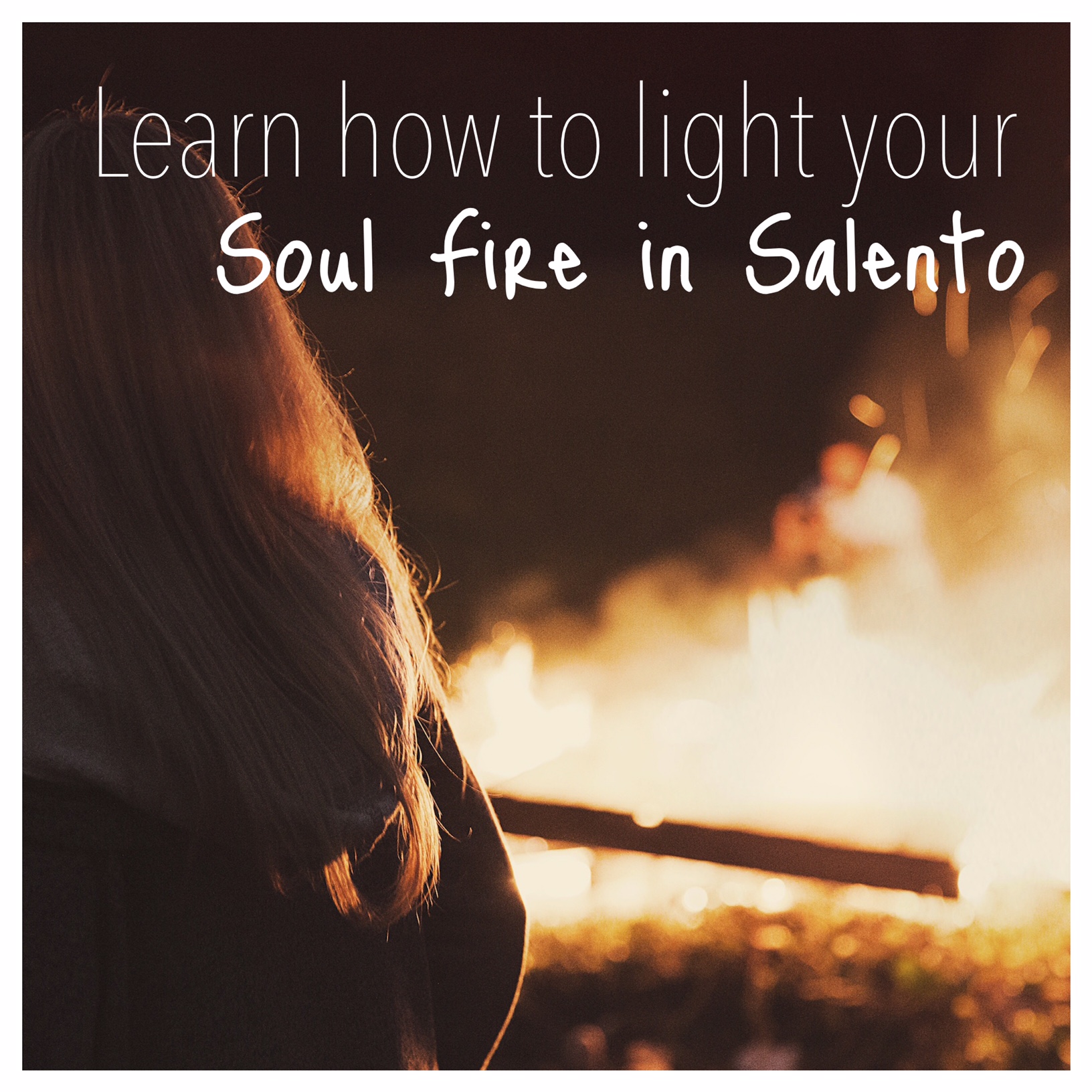 5 – Olive trees, a gift by Minerva

In #salento, #spring is Round the corner. And a state of mind! #olive #tree and #green.

The Cape of Leuca has a concentration of myths and legends that allows you to travel between real and surreal. One of the oldest says that the temple of Minerva, who stood in pre-Christian times instead of the Sanctuary of the Virgin Mary, was the symbol of protection of the Goddess to the territory, obtained after a challenge with Neptune. The latter gave the Cape a horse, the Goddess, far more forward-looking, surprised all raising up an olive tree, considered more useful; it conceded  the gratitude and reverence to the Goddess by the local populations.

Centuries pass and the rites and cults change. With Christianity, the pagan gods are gradually being forgotten and leave their place to the Saints. It is said that St. Peter replaced the old pagan builing with the walls of a church for the Holy Virgin worship.
Always the sanctuary of Santa Maria di Leuca or De Finibus Terrae is a place of pilgrimage of redemption. But not just for alive sinners, but also for the souls of those who have already passed away.

6 – Ghosts in the Sanctuary of Leuca.

And here comes another local belief: many souls of the dead are said to come here on a pilgrimage to get to heaven and leave the earth. 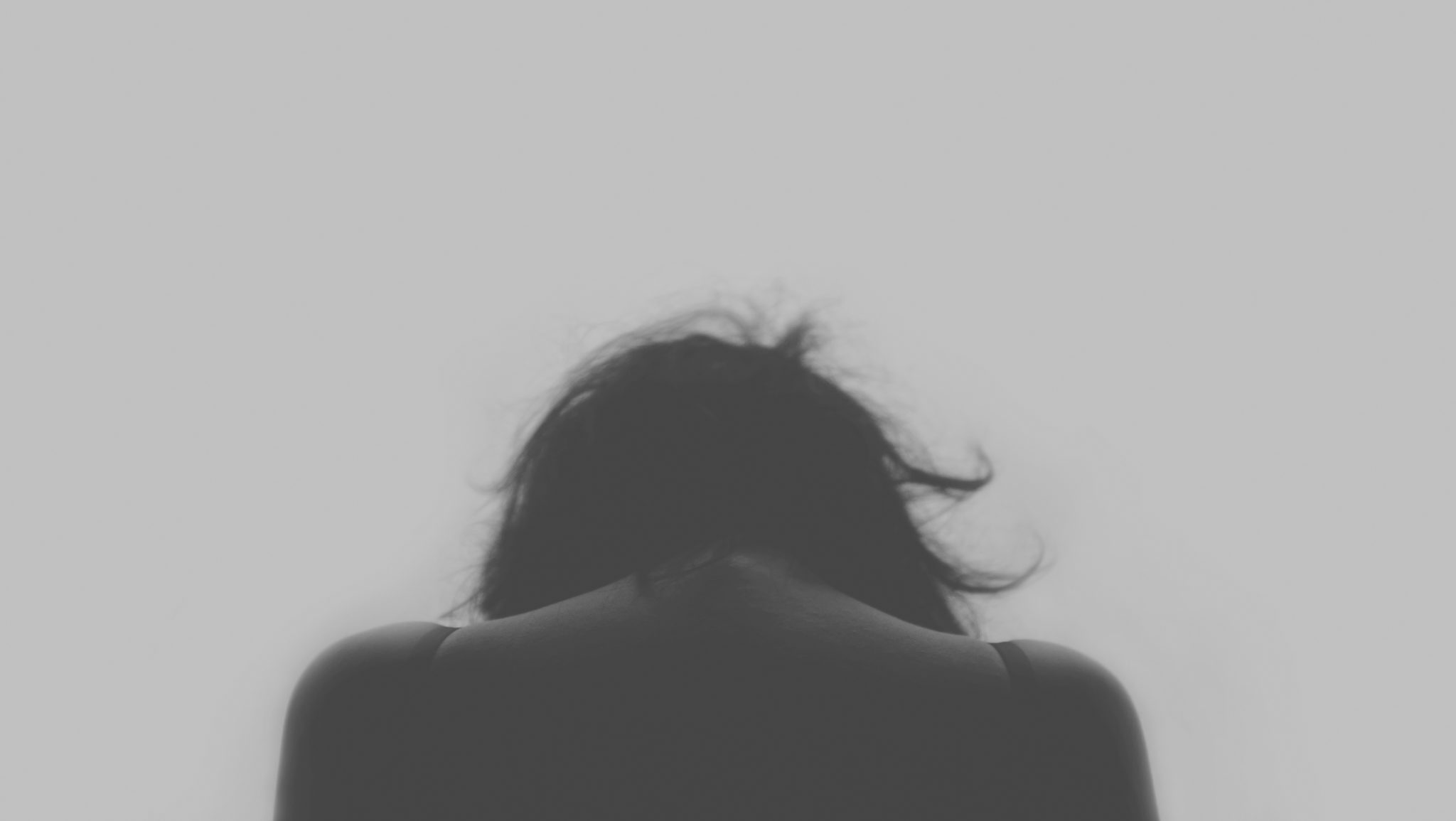 7 – Witches and ghosts also on the cliffs at night.

The sounds of the end of the Salento, its rocks and its undertow are food for legends handed down for centuries.
One legend says that, in stormy nights, witches dance and scream in rock cavities and don’t hesitate to take away anyone who comes near the cliffs
Another legend associated with the scream of the two seas that meet, says that a baby cries every windy night.
The story comes from the time of the periodic Saracens invasions; a woman fell in love with a looter, she gave birth to a son but went mad, and threw him off the cliff.
If this story was invented from scratch it is hard to say, but there were many cases of women raped during the looting and having children by Saracens was not a nice way to make friends.

Nothing leads to the insanity more than marginalization and loneliness, all the more so, as a result of violence and injustice, even in the past.
We could say that these are legends that the ancients used to justify physical phenomena due to the wind and rock cavities. We can even say that people needed to xplain somehow the depression and madness when psychoanalysis and neuroscience were far from existing. 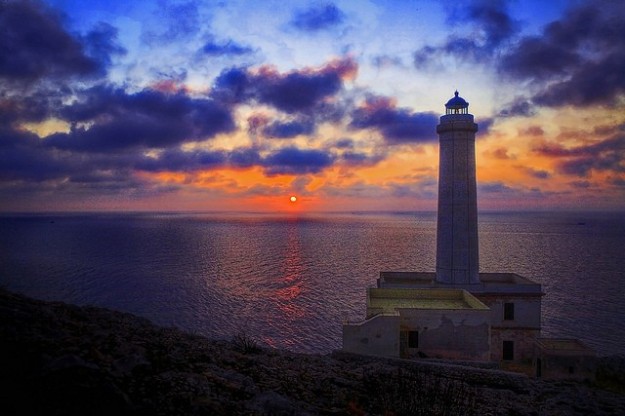 But these explanations, just wouldn’t be enough.

Because the closer you get to the end of the earth, the more we have to leave behind all unnecessary rationalism on which we walk.

It may seem strange, but living near the end of the earth, changes your perception of the earth itself.
When you see constantly the point where your feet are no longer useful, either you stop, or you learn how to swim. And how to fly.