Previous Cinema and Summer in Salento.
Next Ultimate guide to the best craft beers made in Apulia
Spread the love

Apulia has some of the best cocktail bars, beaches, food and drinks in Italy and over
as stated by National and International magazines and blogs rankings.

This narrow shaped land is worthy of attention and visits, but this is no news for us.

Odors, itineraries, unique sensations and beauty are certainly something to be more than proud of, but when in front of national and international charts, even locals are often amazed. Infact there are several rankings that put Apulia on top of Italian and global excellences.

So here we go with a list of sites and products to try since judged among the best in Italy and in the world according to illustrious magazines and competitions (from Marco Polo to El Pais, from Skyscanner to Trivago and the National Geographic). 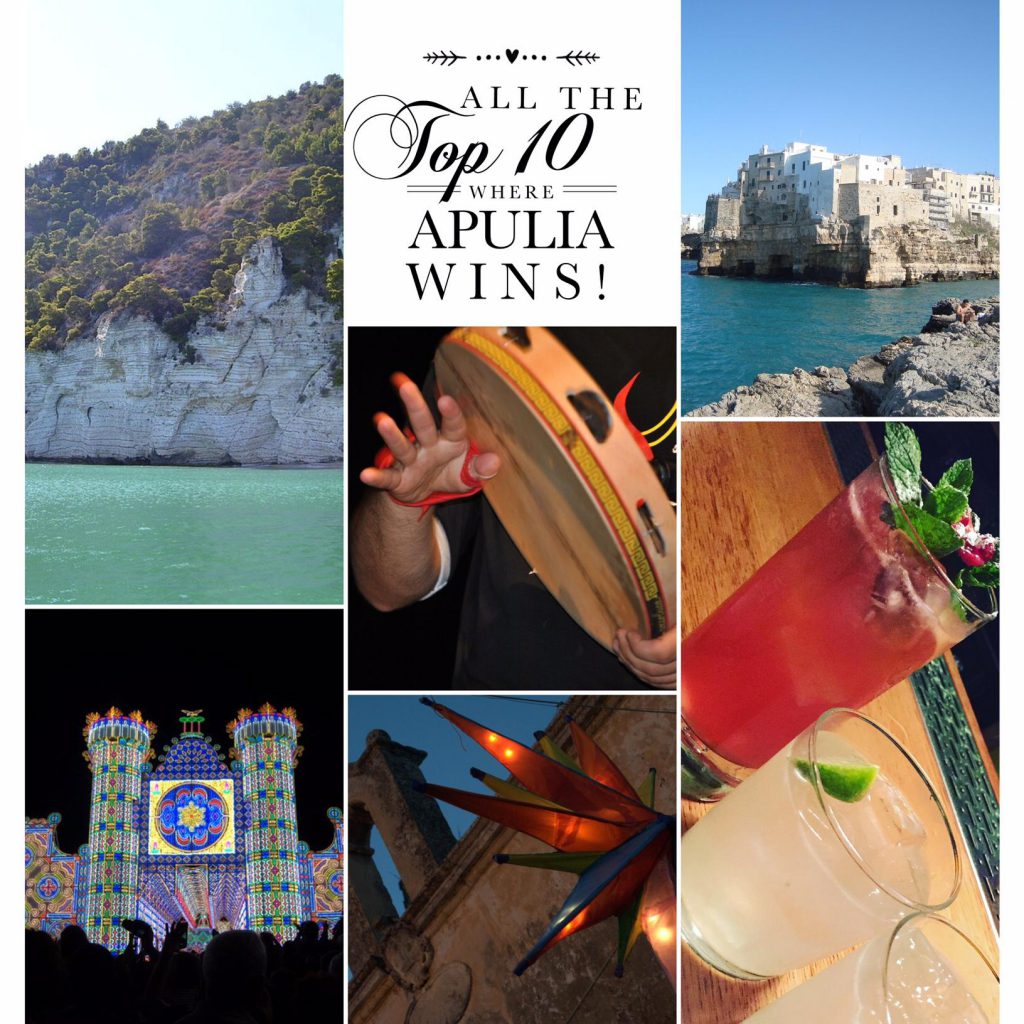 Let’s start with Places, certainly a local cornerstone of heritage and a source of constant inspiration for travelers.

The authoritative Skyscanner ranking of the 15 best beaches in Italy features Mattinata (Foggia) and Polignano a Mare (Bari) as the recommended destinations, combining the heel of Italy to the other regions that historically fill this ranking, Sicily and Sardinia.

Porto Selvaggio (Nardo, Lecce) is instead the seaside town recommended by the 2016 Tripadvisor Top 10, after being also included in the list of the most beautiful beaches of Italy according to SiViaggia blog.

Read about the best free beaches and oasis in Salento

We must thank not only nature for this climb to excellence: in fact Apulia (in particular Salento) belong also in the Top 10 of the best equipped beaches of the peninsula, according to the Snapitaly ranking that puts the Samsara Beach in Gallipoli at the top, even before other laudable beaches of Riccione and the Ligurian coast.
The primacy of Samsara is ratified by the journalists and bloggers of Marco Polo magazine, always as one of the best beach resorts. 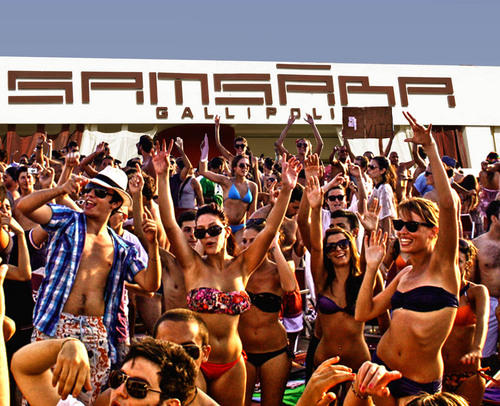 Always according to Skyscanner, atop the Top 10 of the Best Beach Bars in Italy, there is the Lido Buenaventura, a stone’s throw from the natural reserve Le Cesine and, of course, the ubiquitous Samsara Beach Gallipoli.

Find the perfect accomodations to enjoy the beauty of Salento

There are also are also international awards; After being included, in 2014, in the top 10 destinations to visit according to the National Geographic, this year we find Polignano, Ostuni and Alberobello in the list of the 35 most beautiful towns in Italy according to the authoritative Spanish newspaper El Pais (Polignano and Ostuni are even among the top 15 of the rankings).

Otranto also returns to the absolute top of the standings Trivago Observatory as the most sought after village in Italy.

Apulia also wins the national award for the variety, quantity and type of cultural events according to the classification promoted by Codacons and compiled by the association’s members of Italive (specializing in car trips and routes).

Apulia is back also in the Top 10 of the best Italian fish restaurants, always compiled by the magazine Marco Polo, who specifically mentioned La Bolina in Tricase (Lecce) and Peschiera in Monopoli (Bari). 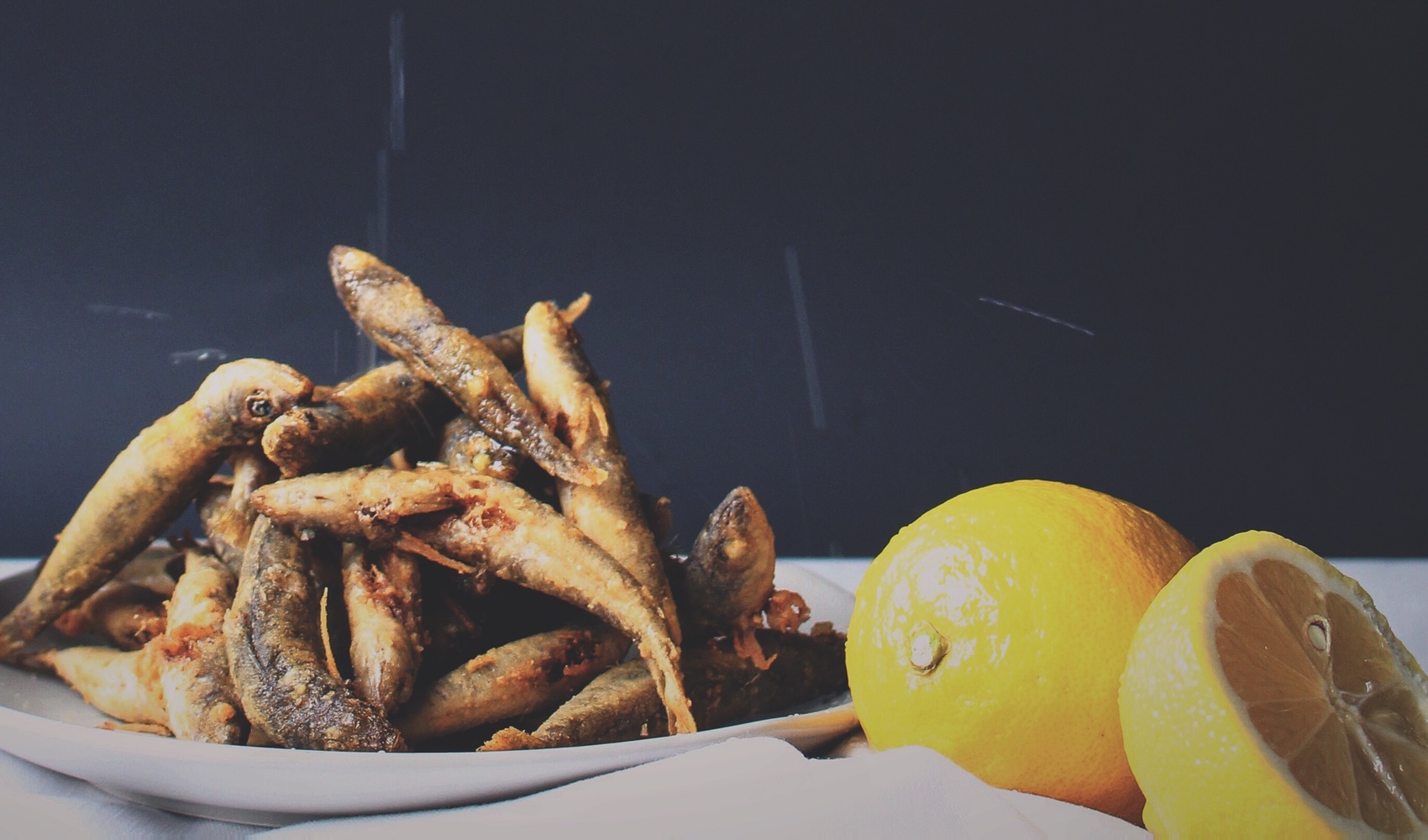 Salento even wins when it comes to wine. No wonder actually.

Speaking of high-grade products, did you know that the best cocktail bars in Italy is located in Lecce? At least as determined by BarAwards 2015, which puts the Quanto Basta (Via Marco Basseo, in the city center) atop the standings while the category “Best Bar of the Year” of the same competition saw the Vero Nero Bar in Bari as winner (Via Niccolò Piccinni, 81).

Did you know that The best #cocktail bar of #italy is in #lecce? Quanto Basta has won The #barawards2015. Here, #moscowmule (Fresh, thirst quenching, spiced with ginger) and #pink, (flavoured with #thirst quenching). @salentodolcevita

Are there any Apulia places and local products that you would put in your “Something TOP 10”? Tell us and we’ll soon make Salentodolccevita ranking.