Previous Places for a truly unique and original wedding
Next Italian cuisine: the best short, medium and long courses
Spread the love

Today we write about seafood, specialties of many territories in the world, declined in every place in a different way.

The methods to cook fish are mirror of the history of many places close to the sea or crossed by large rivers, and show how the geography affects the local imagination.

But fish is not just a matter of starred restaurants. It is also traditions of street food scattered all around the globe. Let’s discover together some destinations in the world where lovers of good fresh fish and street food fan will find great satisfaction.

Netherland and the North Sea.

The Northern Europe sea culture is very different from that of the Mediterranean countries. The reasons are related to the temperature of the water and the role that fishing has in local communities (and also to the different type of fish that populates these seas).
If you take a trip to Amsterdam you won’t have much difficulties to find the local queen of fish, herring, cooked in all ways and sold in restaurants, pubs and street stalls.

But the best way to savor it is to go to Scheveningen, a few kilometers from the Hague, and taste the local sandwich with raw herring. The taste is very strong and intense, and accompanied by a local beer is the top.
This food is sold by specialized pickup trucks, especially along the coast all year round, but the best time is undoubtedly May when there are also local celebrationsCosta Rica, the happiest country in the world also thanks to food dedicated to herring.

Costa Rica, the happiest country in the world also thanks to food 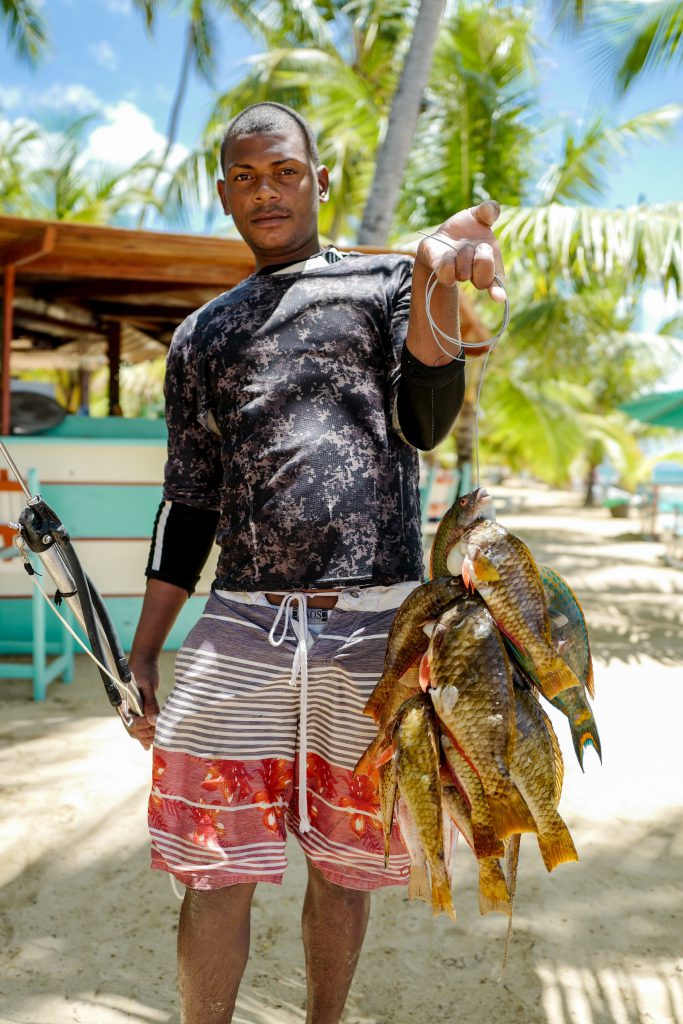 Did you know that Costa Rica is defined by statistics and researches as the happiest country in the world? Perhaps for its peaceful policies (they have no army) and environmental policies and also for how all this is poured into the life of small local villages and in the micro economy.

And maybe also for his simple, genuine, traditional food.

The waters that bathe Costa Rica (Pacific and Caribbean coast) are rich in fish. The fish markets along the coast are a daily feast, a ritual of colors and abundance.

The first to taste is ceviche, also typical of Peru, which is marinated in lime juice, mixed with chopped vegetables such as onion and peppers.
It is served in almost all chiringuito and seaside resorts or freshly caught by fishermen’s families.

The ideal is to keep an eye on the boats returning to the coast: you can buy freshly prepared ceviche at a cost of about six dollars. And street food becomes fresh beach food.

In a region that enjoys about 1000 km of coastline, it’s no surprise that  fish is served everywhere, even in the street.

In fact, the entire coast of Puglia is home of a constellation of sea-street food, served in many different and tasty ways that mixing tradition and modern innovation.

From the sandwich with octopus in Polignano a Mare to the fresh fried fish served in a bag on the seafront of Castro Marina, from the freshly caught sea urchins on the sea of Bari (mind not to ask for them during biological stops periods) to aperitifs based on sea urchins, fresh fish and white wine of Salento, there is no locality, from north to south, that does not propose its variants of fresh local fish in the street food version..

Also read: Freshly caught fish and panoramic sea views in Salento: here is where to go

Another tip: when planning your trip to Puglia, do a search for the fish festivals scattered throughout the region. There you will find the best examples of fish served on the street, with the addition of music and tradition.

The REAL fish burger, only in Cuba

We have recently wrote about Cuba, as a destination suitable for local design lovers.

Today we’ll tell you how to discover this particular island also from its peculiar street food, and its unique street fish burger.

In particular, you can find the best one in the streets of the Manaca-Iznaga area, near the UNESCO World Heritage Site, Valle de los Ingenios.

Why is it so special? it is a sandwich that contains the fish caught and fried as a whole, still with the tail.

Japan: the reign of the street-seafood.

There are people who would go (or just go) to Japan just for the local food culture!
Food for the Japanese is a daily ritual, a gesture of love for others and for oneself. Among these, fish and in particular raw fish has a place of honor.
For lovers of new flavors to be found in street food, we suggest Tokyo’s Tsukiji Market. A place that contains all the tradition of street food of much of Japan and where there is the best fish.

Suggest us other places to eat excellent fresh and street seafood!