Previous Live Salento like a local: two routes to approach the spring
Next The best Salento Street Food
Spread the love

Ciceri & Tria? What is it? Something that you eat?

The answer is yes, it’s a very good food of Salento. Among the most mentioned foods by satisfied travelers, it is a tasty recipe apparently simple but that, to reach its highest level, it takes specific ingredients and a precise method of preparation.
You can find Ciceri & Tria in almost all the restaurants of Salento, though in some depending on the season typical of the main ingredients (chickpeas). 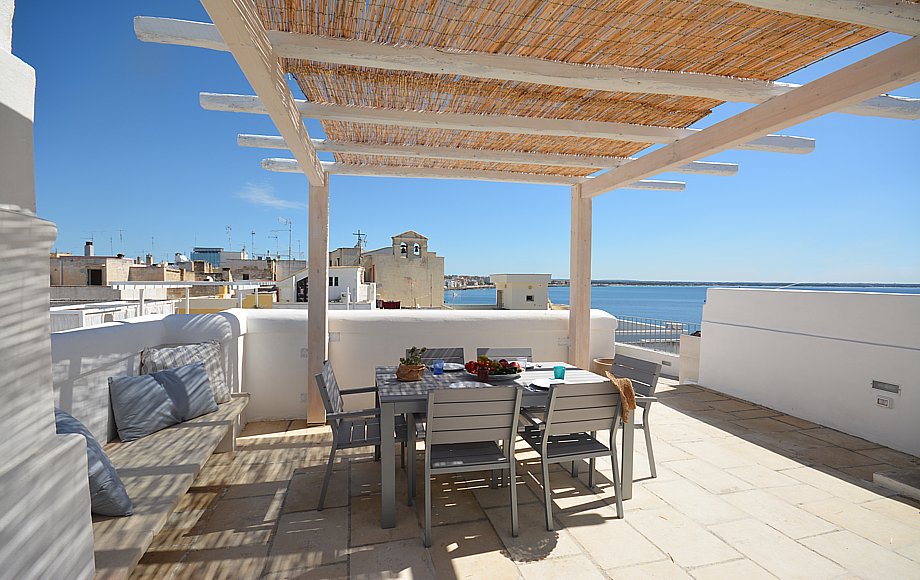 How is it made?

Going into detail, Ciceri & Tria is a dish made of pasta without eggs, flour, semolina, water and olive oil. The pasta is largely boiled and in part fried, cooked and served with chickpeas, common element with -well… one of the thousands common elements with – the Arabic cuisine.

In fact, the word ‘”tria” derives from the Arabic word “ittrya” or fried (or dry) dough. In local dialect it is pronounced with the “h” between T and R, rolling up your language (not that easy…).

The dish is very ancient:  Horace wrote about it in 35 BC, certainly not in a cooking blog (although Horace would be a great blogger), but in his Satires.

But let’s get to the point: where can you eat good Ciceri & Tria?

Not an easy choice, since every chef or cook has a grandmother or a grandfather who handed down the recipe.

Today we’ll give you the names of some places that have satisfied many travelers welcomed in our homes in Salento, also following the advice of VISUAL travel instagrammer or spying – through Instagram – in the houses of people from Puglia who have grappled with this recipe.

But we would be happy to have other information and suggestions from other greedy and satisfied travelers!

La porta antica is a restaurant-tavern located in the old part of the town of Sternatia, and hence recommended as a stop for lunch after a morning strolling around the ancient streets.
The place is renowned for the quality of its fish specialties, but it offers also a large variety of veggies side-dishes and other “inland” specialties.

Very popular and well commented by TripAdvisor travelers, this inn is very cozy and during the cooler periods of the year they light an amazing fireplace, making the environment more intimate and homely. The place is also very popular among the locals.

Going to the beautiful coastline of Ugento, two kilometers from the sea, we can find Torre Casciani, a farm that is developed around a tower dating to the sixteenth century. Also cited by popular newspapers, this place is a mixture of scents of the local vegetation. Much appreciated for the freshness and goodness of seasonal ingredients.

Ciceri & Tria is definitely not the only specialty. Have a ride in the beautiful Taviano and then to stop in this beautiful gourmet restaurant, and have a mix of traditional local dishes, adding to ciceri e tria also the eggplant meatballs, barley macaroni, pittule, broad beans and “cecore” (chicories), the spumone ice-cream and some nice red wine.

Any other suggestion? Have you already tried ciceri e tria? And where? 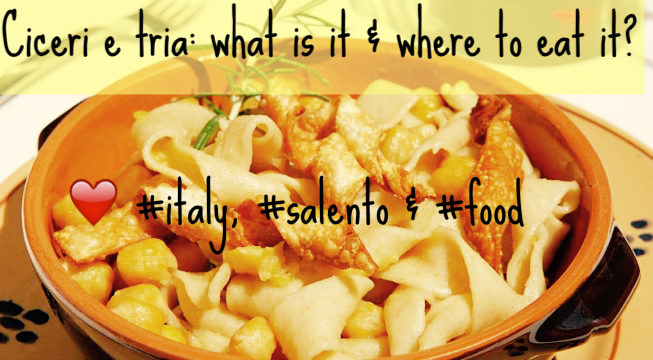