Previous Bedrooms where you would wake up at least once in your life
Next Old private villas with swimming pool… in the heart of a city: is it possible?
Spread the love

Like every May, every year, the sea fans learn which are the European places awarded of the Blue Flag!

Puglia is well positioned this year (again), with 11 award-winning locations.

Who assigns them and how?

This assignment is not entrusted by arbitrariness, but following a Uni-En Iso 9001-2008 protocol, and the criteria consider not only the quality of water and coast but also other parameters such as waste management, environmental education programs and over 30 other items, updated year by year.

What are the blue flags of Apulia?

When talking about the Marine of Melendugno we refer to 15 km coast from Torre Specchia to Torre San’Andrea. Coves, small beaches, islets characterize this all-Adriatic trail, easily reachable from the city of Lecce.

Read about this itinerary by car

Also defined as the pearl of Salento, Castro’s coast is characterized by particular caves, coves, hidden and almost secluded corners.

The ancient hamlet of the upper part (Castro Superiore, precisely) is an immense historical vantage, full of charm and important hub in the history of the Mediterranean.

Loved by literature and film industry, the town of Otranto needs no presentations.

The picturesque and lively historical part contends the love of travelers with all the coast of an intense blue. You can choose whether to enjoy the small flap of beach at the foot of the city or move away from the free distant beaches.

If you love the night, spend it here. An evening overlooking the sea, the lights of the lighthouse, the sounds of the town and its smells of food and sea. That sound cool, doesn’t it?

See our amazing villas, farms and cozy homes in Otranto and Castro

Ever heard of the “Maldives of Salento”? Well, it’s a stretch of beach included in the beautiful Marina di Salve, the award-winning coast stretching between Gallipoli and Santa Maria di Leuca.

Clear waters and sunsets where the sun disappears in the silver of the sea combine with the charm of the town center but also with the many elements of interest in the countryside, such as dolmen (megalithic tombs), hypogean mills, fortified farms, the coastal tower Of the poles erected in defense from pirates and you’ll love the local popular music.

Let’s leave the sub-region of Salento to touch one of the most beautiful areas in Puglia. This pearl of the Adriatic is 30 km from the region’s main city. We had already talked about it in the post about Puglia’s top awards, and the beach of  Polignano was included in the Skyscanner’s top 15 best beaches in Italy.

In addition to marvelous coves, Polignano boasts the uniqueness of a Grotta Palazzese, a restaurant in a cave on the sea, known all over the world.

Fasano, in the province of Brindisi, is certainly not new to blue flags (7 in the last 7 years). This year again, thanks to the precious areas of Egnazia Case Bianche, Savelletri, Torre Canne.

Beautiful and unspoiled areas where flora and fauna are safeguarded by careful policies and eco-tourist paths such as those of the Parco Dune Costiere. 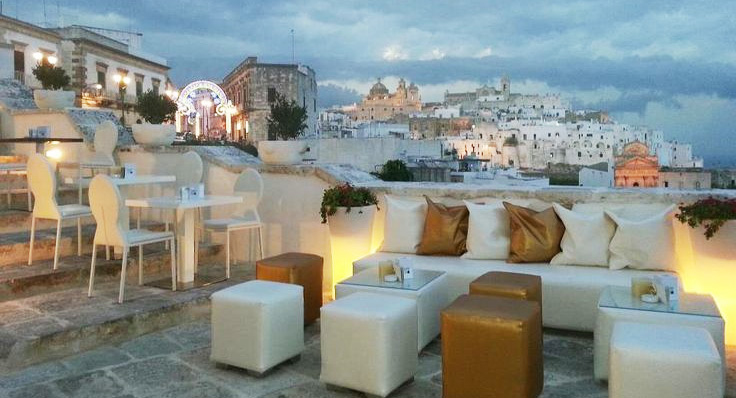 The first thing that comes to mind about “Ostuni” is the almost glowing white of the ancient limestone village.

UNESCO World Heritage Site, now it is also a virtuous area due to the marine quality of the towns of Creta Rossa, Lido Fontanelle, Pilone and Lido Morelli.

The beautiful golden beaches are accompanied by excellent security and hospitality systems for the bike tourism  and access to the sea for the disabled. The area is also known for dolphin swimming free thanks to the constant action of the local marine protection associations 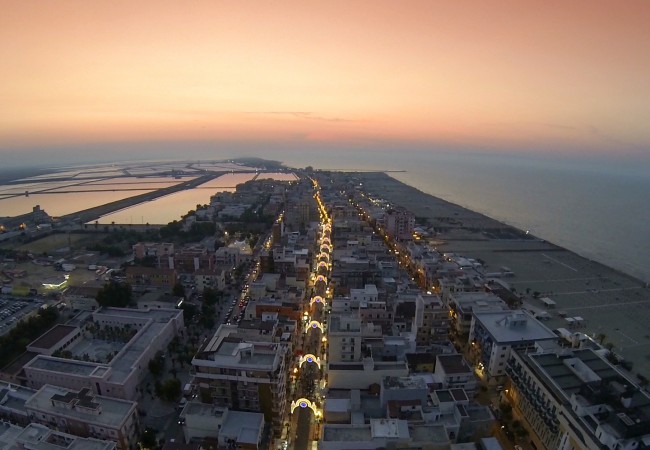 Thermal baths, salt pans and state reserves are the three most attractive elements of Margherita di Savoia, in the province of Bat (Barletta, Andria and Trani). The whole area of the marina is characterized by vast public beaches and subtle grain.

Its peculiar historic center, expecially by night, its breathtaking graves and beaches like Termitosa, with its shrubs spreading Mediterranean smells, is another reconfirmation in the Puglia medallions of blue flags.

A destination highly frequented by the people of Puglia, still little visited on the other hand, by foreign tourists.

With just over 16,000 inhabitants and just a few kilometers from the sea, the beautiful countryside is the ideal destination for those who want to spend a relaxing holiday. The town appears for some aspects similar to the beautiful Ostuni for the skyline, light and color.

Its defensive walls and the cathedral are greatly charming. Not far away, the beautiful nature reserve of Torre Guaceto offers offers natural spectacles and a great deal of flora and fauna.

Do you already know one of these locations? What about organizing a tour of all the blue flagged areas of Puglia?