Previous The real (and complex) origins of the rites of San Martino.
Next 5 totally VEG restaurants in Salento
Spread the love

From the most traditional to the most “exotic”, fom the Nordic style to Mediterranean cultures, Puglia offers to Christmas markets fans an interesting list of events.

We’ll suggest you some of them that can be considered special in terms of tradition, history or characteristics that maked them different from all the other Christmas markets in the world. 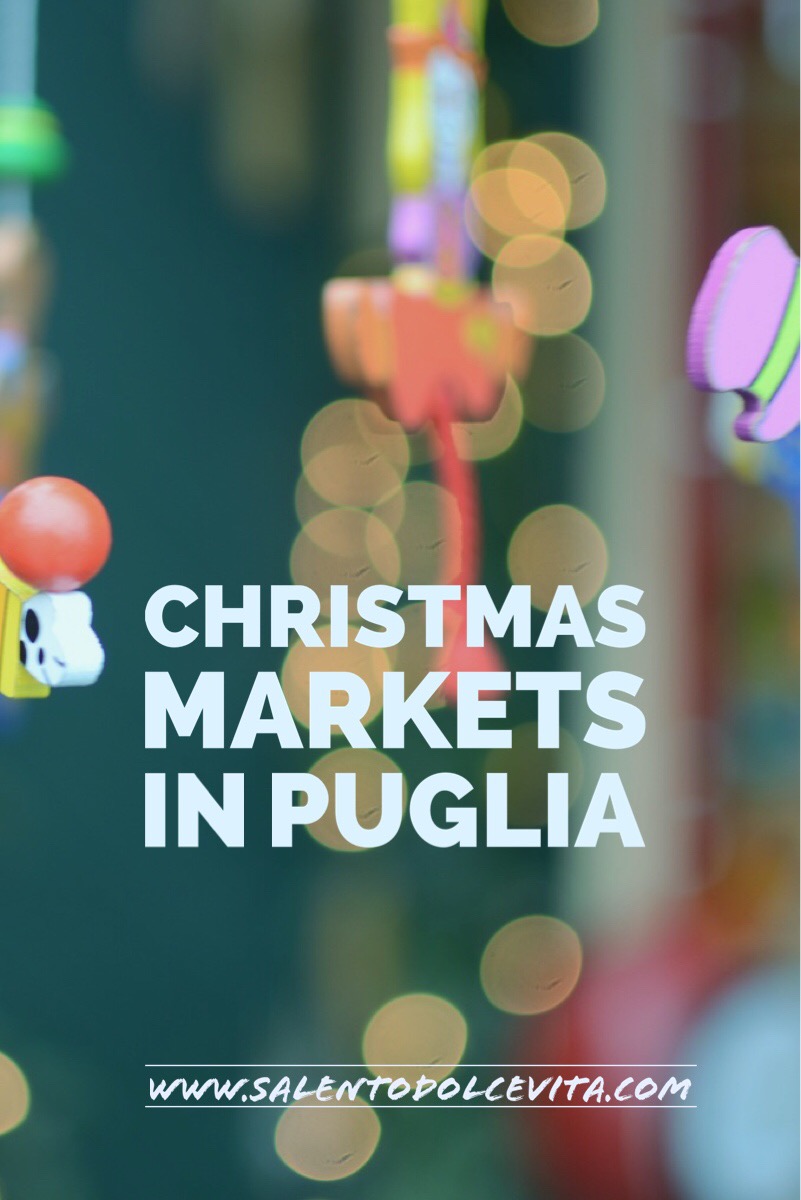 If you are in the area of Bari on the Sundays, 20th and 27th of November and 4th and 18th of December, you can make a stroll in Corato, where for the fifth year the local products Christmas Market is held. Ideal for those traveling with children because of the games, creative workshops and music and dance activities organized and held by “Santa’s helpers”.

Open every day from 8th to 18th December, the market in Piazza XX Settembre , where Apulian crafts and food typical join the music, cabaret, magic. The style is very nordic, with log cabins, spices, lights and a large tree to act as a compass to orient yourself among the crafts and food little houses.

Close to the religious holiday of the Immaculate Conception, in the village of Capurso, 6 km from Bari, the popular rite of the fanoje is going to start: The Fanoje are bonfires set throughout the city that traditionally were lit by farmers to welcome the winter season and to avert evils. The rite is today a great popular festival, which this year will lasts five days, from 7 to 11 December, welcoming street artists, markets, typical products.

If you like to get swept away by the beauty of bonfires,
save the date of all the Fire Festivals of Salento 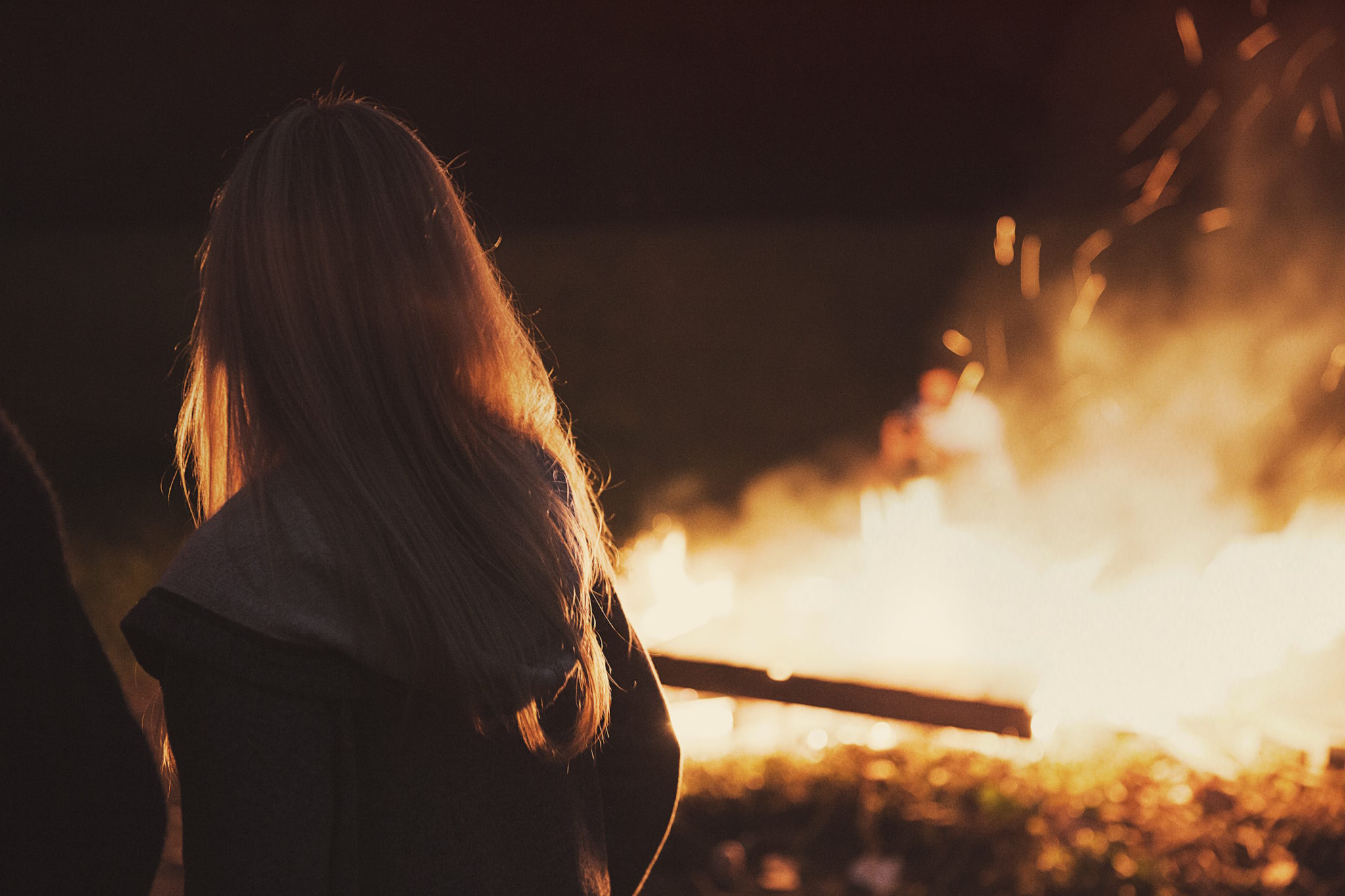 Christmas Under the Stars in San Giovanni Rotondo is far more than a Christmas Market:  held every day from 11 December to 6 January, here you can see and enjoy the little wood houses built by carpenters from Trentino, choclatiers and gastronomes from Norcia and Faeto, Sicilian pastry, titled manufacturers of Bombardino and Vin Brûlé and much more. In this Market you can taste the best of Italian production!

Giude to the best cribs and Christmas food of Puglia 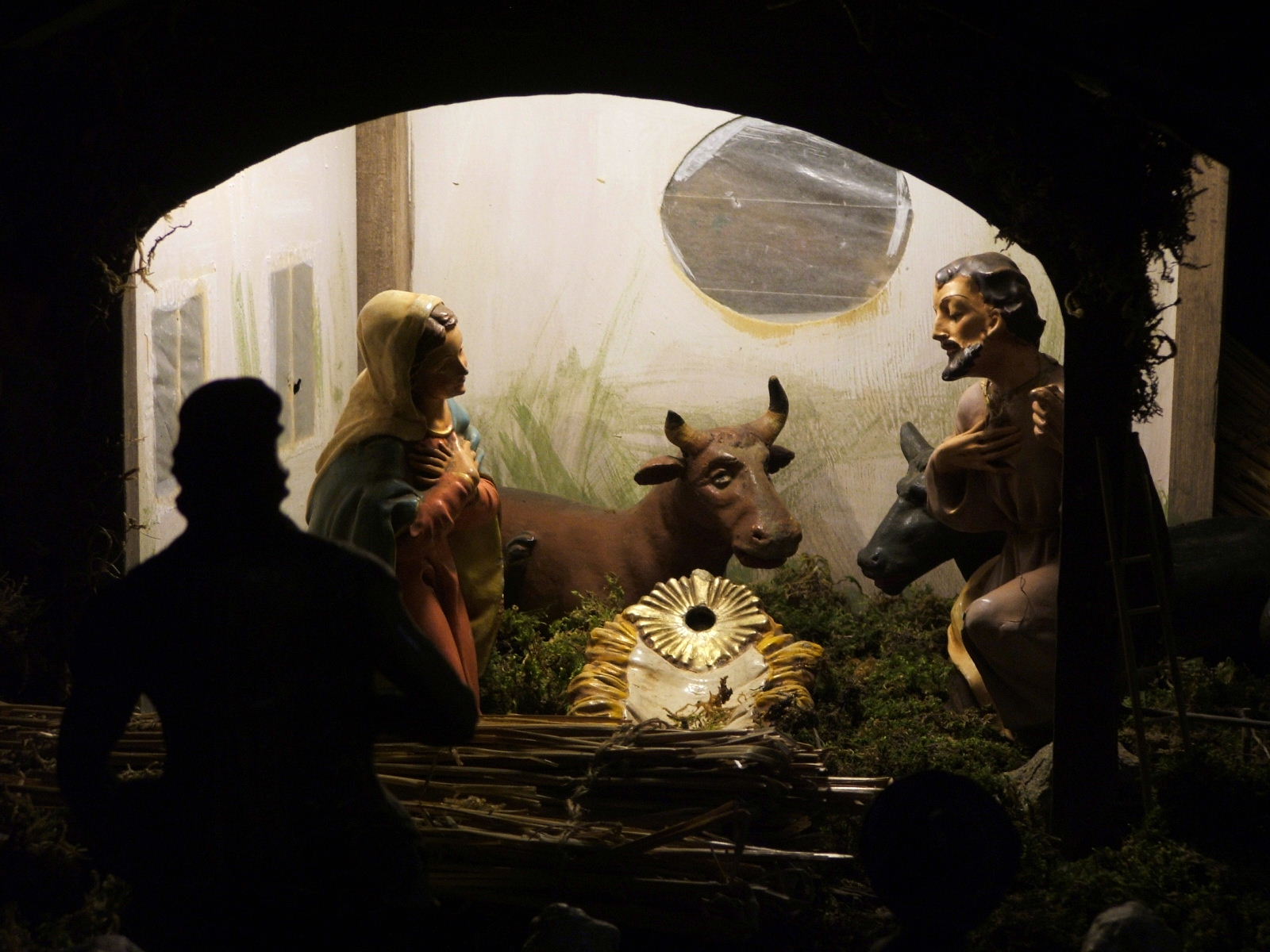 As every year Lecce lives its Christmas time with all the colors of multi ethnicity and Mediterranean peoples who meet in this crossroads city, in the “multi-ethnic market of the arts”.

The permanent market that takes place in Lecce in Viale Aldo Moro from December 1st  to January 8th  puts together the craftsmanship and excellence of local food production along with the most exotic colors of African, Middle Eastern and South American craft. Days of special interest, in this market full of daily cultural events in the major hubs of the city, the inauguration in early December and the Capodanno dei Popoli, large intercultural encounter party, on January 1st.

In Lecce you can’t say “Christmas” until you see the popular Fiera dei Pupi (Puppet Fair) held from December 8th  to 24th  at the former Convent dei Teatini (Via Vittorio Emanuele II, 25), where you can admire and buy  unique pieces of papier-mache handworks representing the crib and other local craft pieces. 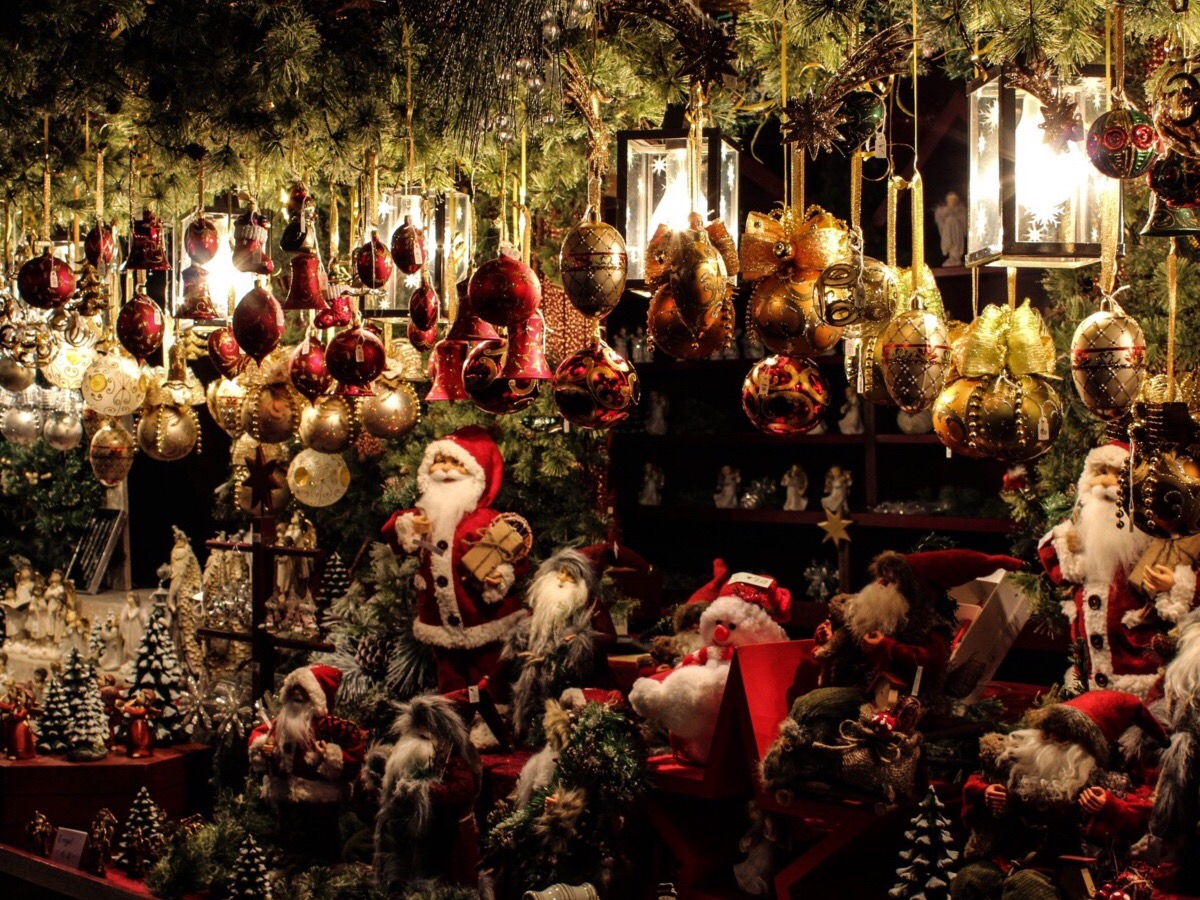 About cultures meeting, Otranto has been celebrating Christmas putting together peoples and traditions that wait, all together, the New Year dawns.

Capodanno dei Popoli  is the festival organized by the city of Otranto and made up by a Christmas Market,  art of all kinds from all the Mediterranean shores. Very popular international artists have joined the even over the years, such as Goran Bregovic, Nicola Piovani, Lou Reed, Roy Paci, Roberto Vecchioni and many others. This is for sure a great occasion to enjoy the best local music performed by the best artists of Salento, until they all see, together with people from all around Europe, the very first dawn of the continent . 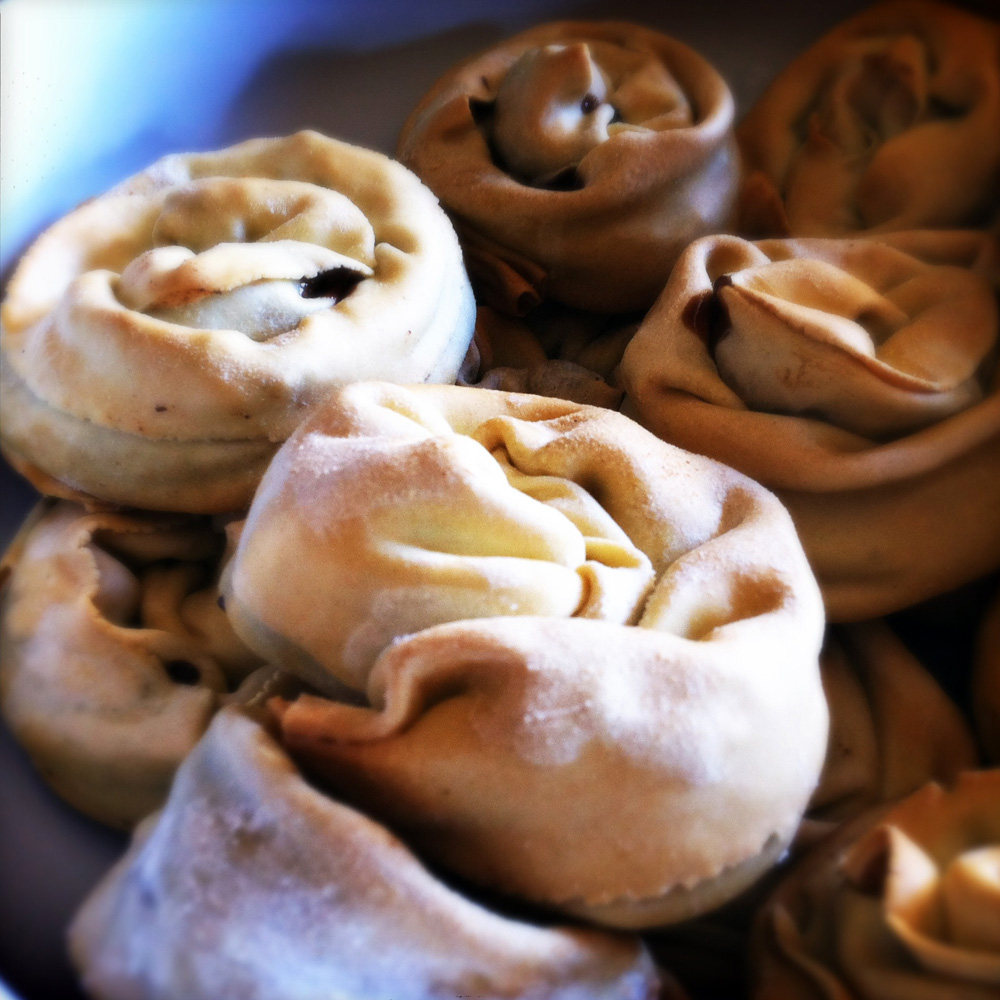 Perhaps not everyone knows that Scorrano, a village of 7,000 inhabitants in the province of Lecce, has an international reputation for the art of the street illuminations. There are several opportunities to enjoy them all round the year, attractinig people from all over Italy and the world, and one of these is the Christmas Time. On December 3rd the  beautiful lights will be lit, accompanying the entire celebration. The festival lasts until January 8th and will host all kinds of art exhibit under the magic of the most beautiful lights of the world.

Find the house that best suits your stay in Salento